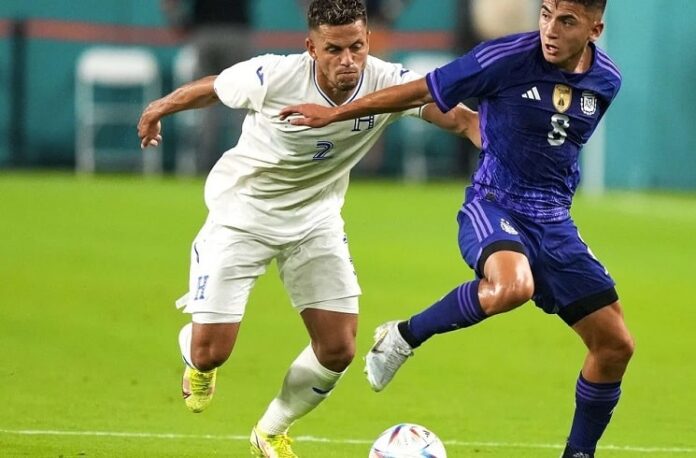 Thiago Almada spoke about getting called up to the Argentina national team for the 2022 World Cup.

Almada has been called up to replace the injured Joaquin Correa. His girlfriend revealed that he was at the dentist when Lionel Scaloni called him to tell him. Speaking at an airport, here is what Almada had to say about his call up:

“It’s the happiest day of my life for myself and my family. It’s what we fight for, that we live day by day, so I’m very happy.

“Let me send a greeting to Tucu (Joaquín Correa), who is going through a hard time. I don’t wish it on anyone, get better soon.”