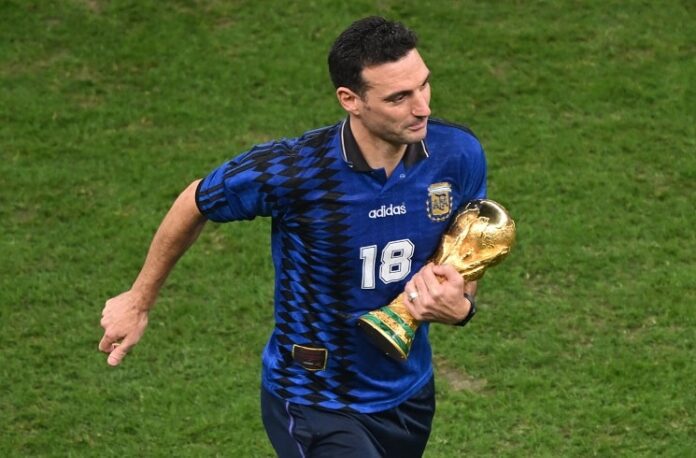 Lionel Scaloni is the first Argentine coach since Carlos Bilardo to lift a World Cup. And his emotions at half time were a thing of beauty.

Scaloni would sit on the bench before standing back up and letting his emotions out as he was hugged by Leandro Paredes.