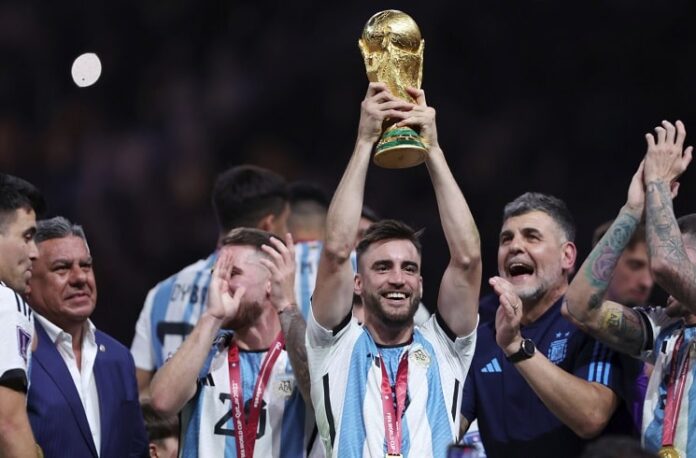 Nicolás Tagliafico spoke about the World Cup final, stating that he didn’t know he was playing.

Tagliafico started the World Cup final for Argentina and put in a stellar performance as they lifted the trophy. He would start the semi final and final for the Argentina national team in place of Marcos Acuña but it was Acuna who was set to start the final.

The original early reports had Acuña in the eleven vs. France but about an hour and a half before kick off, it was Tagliafico’s name on the team sheet. Speaking in an interview, streaming with AFA Estudio, here is what he had to say:

“We got to the team talk and I didn’t know that I was playing. I thought it was el huevo (Marcos Acuña). I saw my name and my eyes opened up. I still haven’t realized what we have achieved, I think it was the best final ever.”