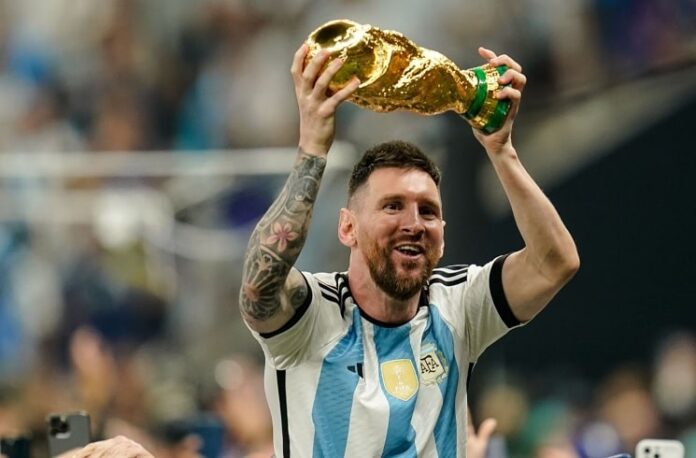 Lionel Messi has been named as L’Équipe’s “Champion des Champions”, the best male athlete of the year for the second time.

Messi continues to win trophies, even at 35 years of age. The Argentine has been named as the best male athlete of the year by L’Équipe in France.

He won with 808 points, very much ahead of second place Kylian Mbappe who had 381 points and tennis star Rafael Nadal with 285 points.

This is the second time Messi has won the award, having previously won it in 2011 and is the only footballer to have won it twice, excluding the award which is specifically for French athletes. For football players, prior to him was Zinedine Zidane in 1998, Romario in 1994, Diego Maradona in 1986 and Paolo Rossi in 1982.

Lionel Messi has been named as L’Équipe’s “Champion des Champions”, the best male athlete of the year. pic.twitter.com/PDVmi5rVji