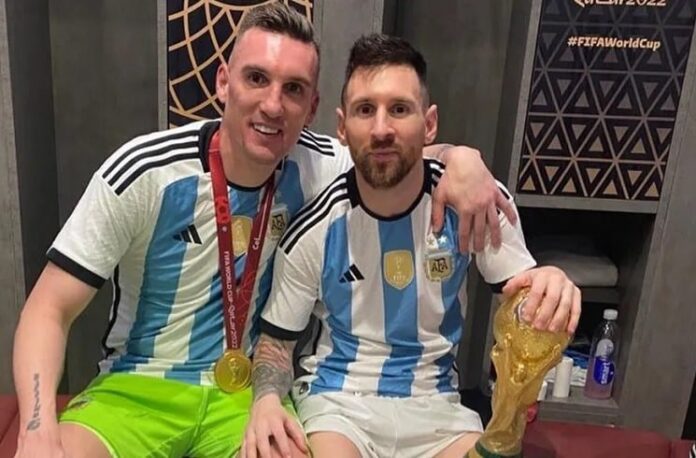 Franco Armani spoke about Lionel Messi’s speech before the World Cup final and Emiliano Martínez and how he does on penalty kicks.

Armani played at the 2018 World Cup with the Argentina national team but was on the bench in 2022 when they won the World Cup. And speaking in an interview with TyC Sports, Armani commented on Lionel Messi’s speech before the 2022 World Cup final. Here is what he had to say:

“Messi is an absolute leader inside and outside of the locker room. I remember motivational words, for us to enjoy and to take advantage of an opportunity that isn’t given every day.

“Also, memories of the family, very encouraging and gratifying words that make you want to go out onto the pitch and eat up the opponent. Truth is that he deserved it more than anyone. It was the only thing that was missing to put a final stamp on his career.

“He left everything in every match. You saw him and you wanted to hug him and congratulate him on his dedication and friendship. He is a very humble person and open to everything.”

Regarding Emiliano Martínez at the World Cup:

“The goalkeepers analyze the opponent, the strikers, the possible changes and the penalty kicks. We are aware of how they will finish and after that, we practice it a day before the match. The guys will shoot and with Gerónimo Rulli, we helped Dibu, always taking it seriously.

“It could happen in final instances and if we saw something, we would tell Dibu, who took it naturally. We formed a very nice working group because we had a lot of confidence. Each one could speak and give their knowledge. Everything was studied, obviously it happened as we had seen it.”

In regards to Martínez and penalty kicks:

“That is something natural from him that comes out at the moment on the pitch. In that he did not share anything with us. I appreciate him a lot, he is an excellent kid.” 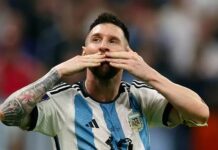