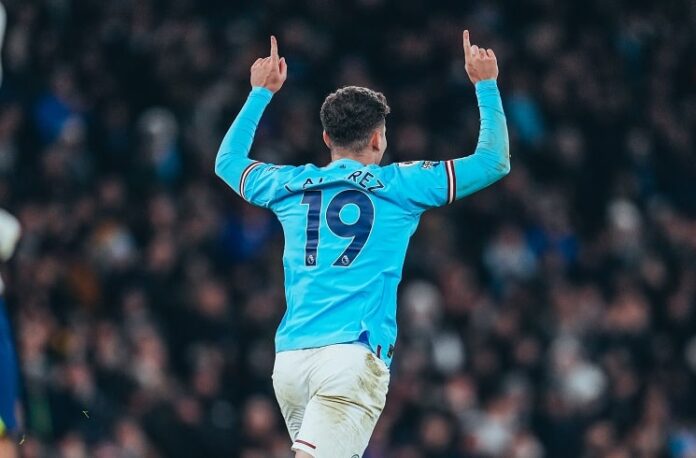 Julián Álvarez scored for Manchester City in their 4-2 win vs. Tottenham Hotspur.

Álvarez was the spark plug which got Manchester City back in the game. Cristian Romero’s Tottenham Hotspur scored two goals in two minutes right before half time to take a 2-0 lead.

With the score at 2-0, it was Alvarez with a well placed, side footed effort, who scored City’s first goal of the match. Erling Haaland would score the second just two minutes later and Riyad Mahrez would add two more in City’s 4-2 win.

The World Cup winner has scored two goals for City since winning the World Cup and is now on nine goals for the season. Both Álvarez and Romero would play the entire match for their teams.