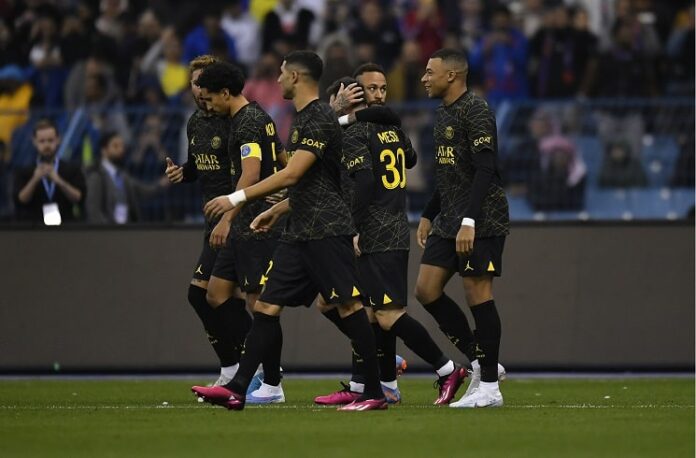 Lionel Messi scored for PSG in their 5-4 friendly win vs. Riyadh XI.

Messi scored even in friendly matches. The Argentine scored the first goal, just three minutes into the match to give PSG the 1-0 lead.

It was a cross in by Neymar as Messi’s finish beat the goalkeeper for the first goal of the match. He plated 62 minutes as he was replaced by Ilyes Housni in the second half.

PSG landed in Qatar on Wednesday before flying out to the Kingdom of Saudi Arabia for their friendly tour. It was a match with many stars as Cristian Ronaldo was also part of the Riyadh XI which was coached by Marcelo Gallardo.