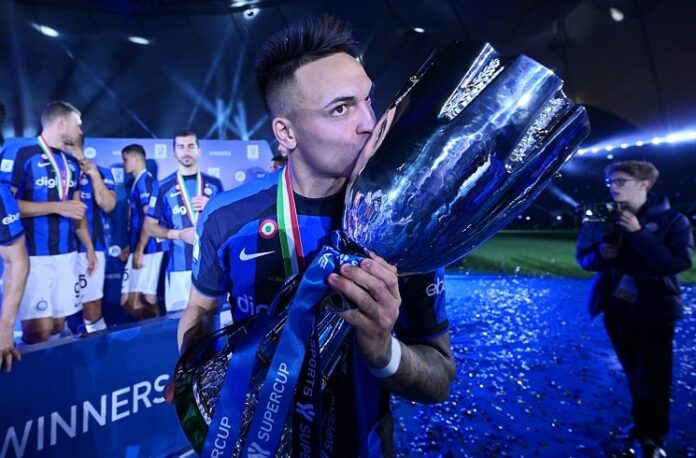 Lautaro Martínez scored for Inter as they won the Supercoppa Italiana.

Martínez scored the goal of the match for Inter in their 3-0 win vs. AC Milan. With Inter leading 2-0, the bell fell to the Argentine World Cup winner and an outside of the foot finish gave Inter the 3-0 lead.