The official list of 18 players who will be going to the Olympics for Argentina has been released.

Announced are the final 18 plus 4 emergency stand-by players. 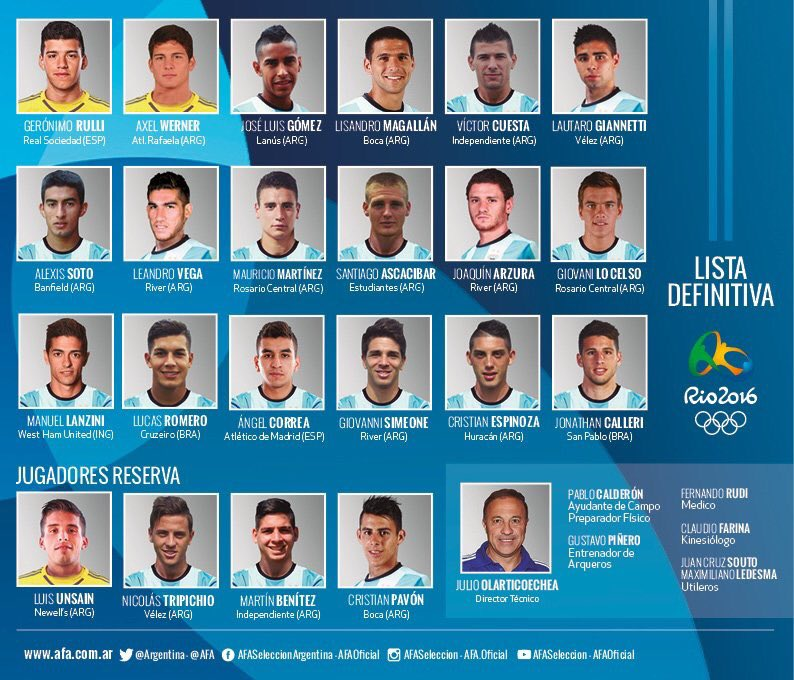