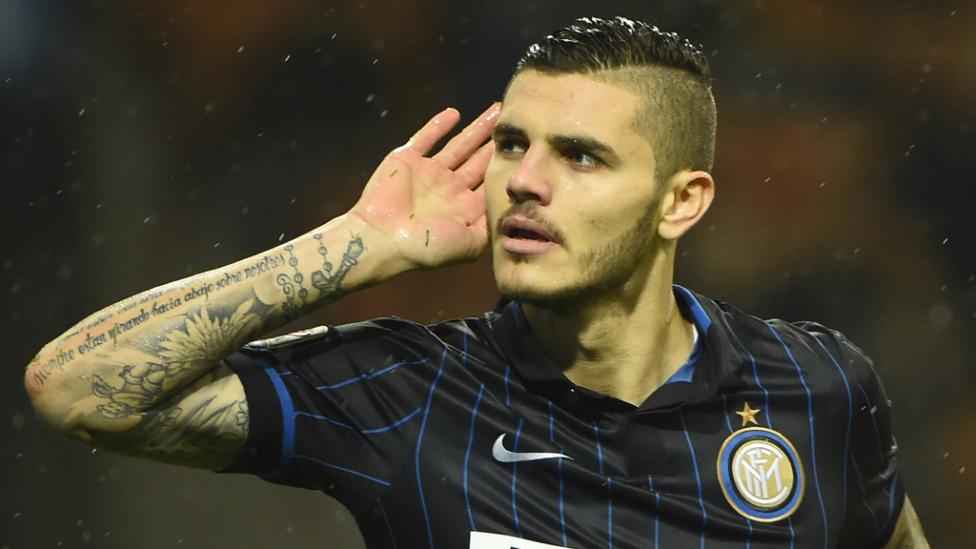 The Argentine media is reporting that BAUZA is considering calling up Mauro ICARDI for the next World Cup Qualifiers against Perú (October 6) and  Paraguay (October 11).  He actually already made his Albiceleste debut vs Uruguay during the WC14 qualifiers when Alejandro SABELLA was in charge of the team.

ICARDI didn’t get a chance under ex coach Gerardo “Tata” Martino.  It looks like BAUZA now sees that this may be a good opportunity to get ICARDI on the team.  It’s being reported that BAUZA plans on discussing this with the team captain’s: Lionel MESSI and Javier MASCHERANO to see what their opinions are on the matter.

Since ICARDI has arrived at Inter Milan back in 2013 he has scored 55 goals in 108 games.  He has already scored in all of Inter Milan’s 3 matches thus far this season.  What do you guys think? Does he deserve a chance? We all know all about the off-field scandal with Maxi LOPEZ.  Should this be a factor at all?