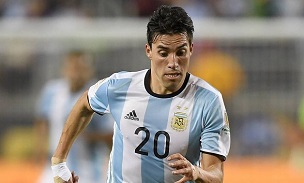 AFA has confirmed today that Nicolás GAITAN has been left out of the National team’s list for the upcoming WCQ matches against Brazil and Colombia.  The Atlético Madrid player will be out due to trauma in the hip region, buttocks, and right thigh, according to the club.  This injured occurred during last Saturday’s match against Málaga.  This is Argentina’s second injury Paulo DYBALA was also left off the list due to injury.  It is not known at this time if BAUZA will be calling up another player to replace GAITAN.