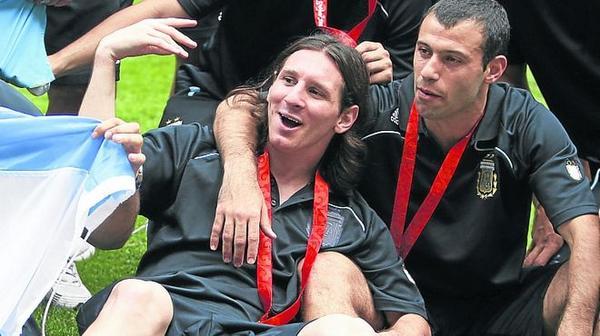 Lionel MESSI has won several titles in his illustrious career but according to him, the one you win at the Olympics is the most valued.

The Argentina and Barcelona captain sat down with Esquire magazine and spoke about a number of topics. From Argentina to the sacrifices he had to make to become a player even to his private life, Lionel Messi commented about it. Here’s what he had to say:

“I understand the people that ask and demand their National Team to win something but no one more than the players who make up the National Team want to win that title (World Cup).”

Lionel MESSI on most important title:

“The most valued title is that of the Olympics because it’s a tournament that you get to play in once in your life. It’s where you get to live with athletes from different sports.”

“To be an elite player, one has to sacrifice a lot but not more than any other worker who has to provide for their family. It’s difficult but it’s what I chose.”

Lionel MESSI on maturing as a player:

“I’m calmer when I think and I pick my moments.”

Lionel MESSI on his personal life and his pastime:

“Being with my kids and and enjoying playing with them. Also, watching television.”

The comments against the media came after a few journalists were reporting and attacking the team, more specifically Ezequiel LAVEZZI. The team have not spoken to the media since November.