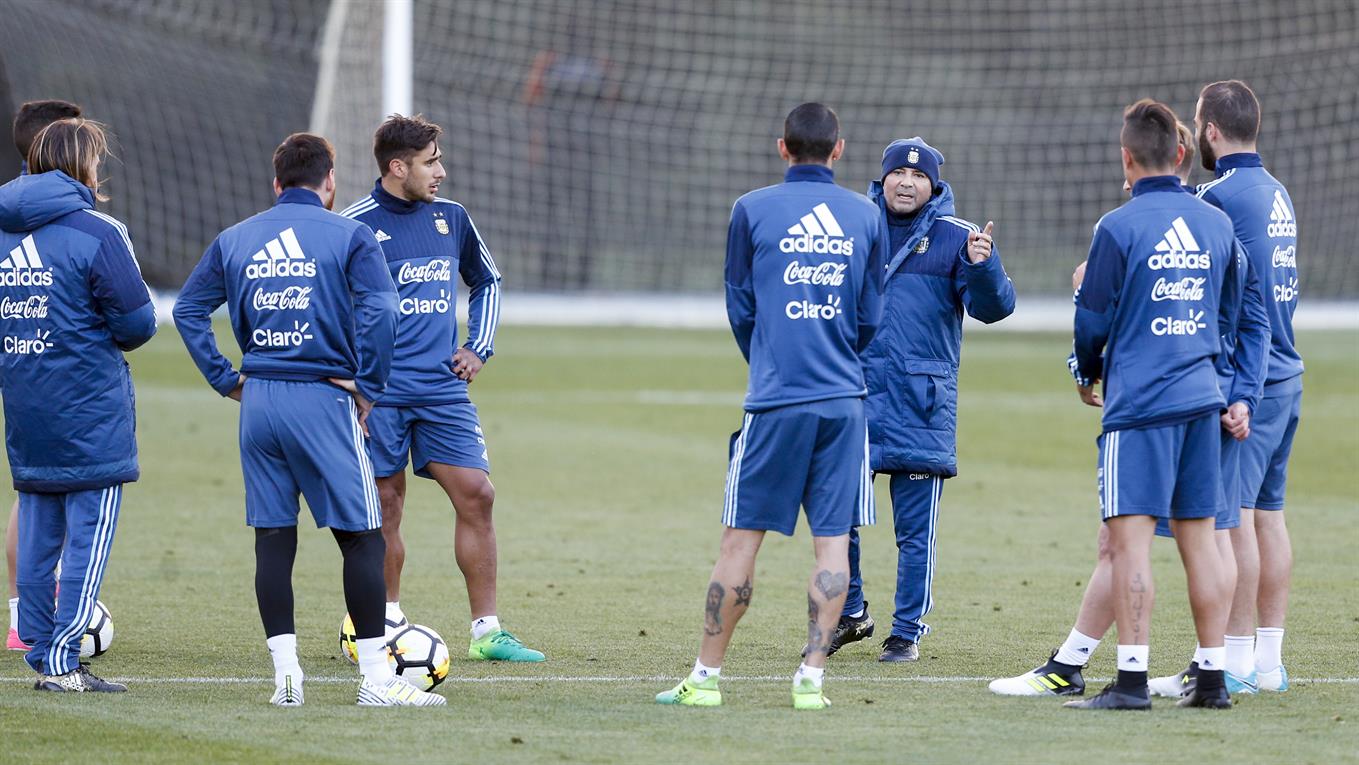 SAMPAOLI has tried out a totally new formation in a practice yesterday.  It was a 3-4-2-1 formation.  As we all know this isn’t the usual formation Argentina has used in the past few years. Sergio ROMERO kept his place in goal.  The three defenders were: Nicolas OTAMENDI, FAZIO or MAMMANA, & MERCADO. There were 4 midfielders: DI MARIA & SALVIO as the wingers and BIGLIA and BANEGA played the middle.  Up front, SAMPAOLI had Gonzalo HIGUAIN as his main striker, while Lionel MESSI and Paulo DYBALA are set to play in the hole.  Here is a picture of what it looks like: What do you guys think? 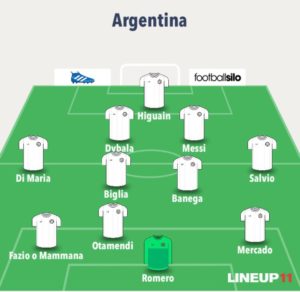 This is a very attacking formation but it’s just a rumored possible lineup.  It’s way too early to know the exact starting lineup as we all know it may well change a little, but it’s nice to analyze and possibly provide SAMPAOLI with ideas.  Argentina has tons of players at their disposal. SAMPAOLI has options and will be able to tinker with the lineup quite a bit. It will be interesting and exciting to see what he has in store for the Albiceleste.  What do you guys think? What lineups would you like to see him try?

Here are some images from the practice sessions: 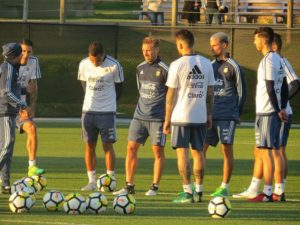 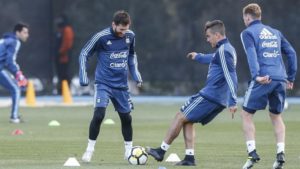