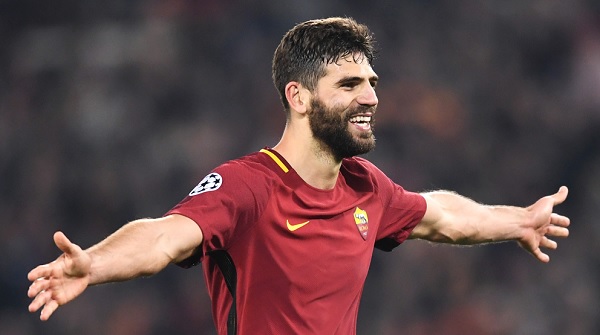 Federico FAZIO and Diego PEROTTI have made the semi-finals of the UEFA Champions League.

It was a night to remember for the Italian club as they pulled out a shock 3-0 victory against Barcelona to knock them out of Europe’s premier club competition. And while Diego PEROTTI took no part in the match, FAZIO was a rock in the three man back line.

Having recently been selected by Argentina National Team coach Jorge SAMPAOLI for the the team’s last two friendly matches, there must not be any doubts based off of performances this season (and more specifically Tuesday’s performance) that the former Sevilla man must be on the plane to Russia.

For Lionel MESSI it means no Champions League trophy as this is where the road ends for him but a potential domestic double is still on the cards for them.

Barcelona crash out of Champions League after shock loss to Roma pic.twitter.com/w4q36cXDDS

It wasn’t a great night for Nicolas OTAMENDI and Sergio AGUERO either as they were knocked out of the UEFA Champions League at the hands of Liverpool. OTAMENDI started the match for Manchester City ahead of captain Vincent KOMPANY and while he had a solid individual performance it wasn’t enough to overturn a 3-0 first leg deficit to make it to the semi-finals.

Sergio AGUERO came on as a substitute for David SILVA but it was too little too late as Liverpool had already scored and the Brazilian FIRMINO added a second to win 2-1 and eliminate Pep GUARDIOLA’s men.