Alarm bells are ringing for the Argentina National Team as Sergio AGÜERO has underwent surgery.

As we reported earlier, Sergio AGÜERO had surgery on his knee and according to an AFA doctor, the recovery for it doesn’t take less than five weeks. Speaking to Radio 10, Homero D’AGOSTINO had this to say:

“That a player gets arthroscopic surgery 60 days before the World Cup is worrying. The recovery demands no less than five weeks.”

However, Sergio AGÜERO’s father was speaking with Radio La Red and stated the following:

“I spoke to him and he’s doing well. It was an emergency surgery. He’ll be out for a month. He got operated on to get to the World Cup without problems. He told me that in 20 days he’d be back in training. I don’t know if he’ll play a match with City.” 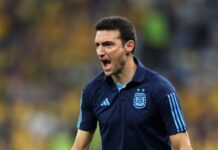 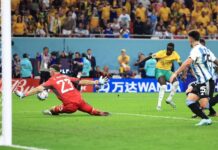 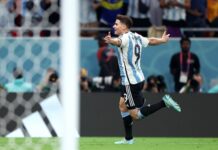 Julián Álvarez: “The important thing was to win”