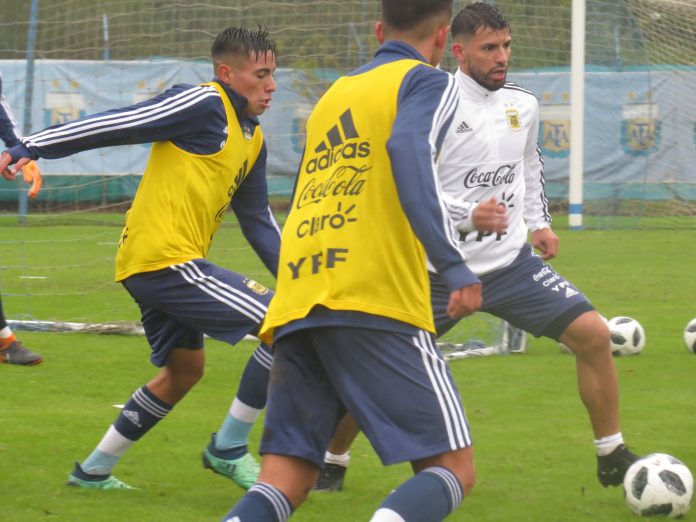 Sergio AGUERO is back training with the Argentina National Team.

As we mentioned on Wednesday, Argentina coach Jorge SAMPAOLI has reportedly already told five players that they will be in the squad for the 2018 FIFA World Cup. Manchester City’s Sergio AGUERO was among one of those five who were told. However, AGUERO did not train with the group yesterday, instead, he trained separetly.

The news coming out on Thursday, directly from the AFA is that AGUERO trained with the rest of the team today. He is pictured training alongside Javier MASCHERANO.

AGUERO’s recovery has been an issue of concern lately but his comeback appears to be on time and all the signs point that he will be healthy to go come Argentina’s first match at the 2018 FIFA World Cup.