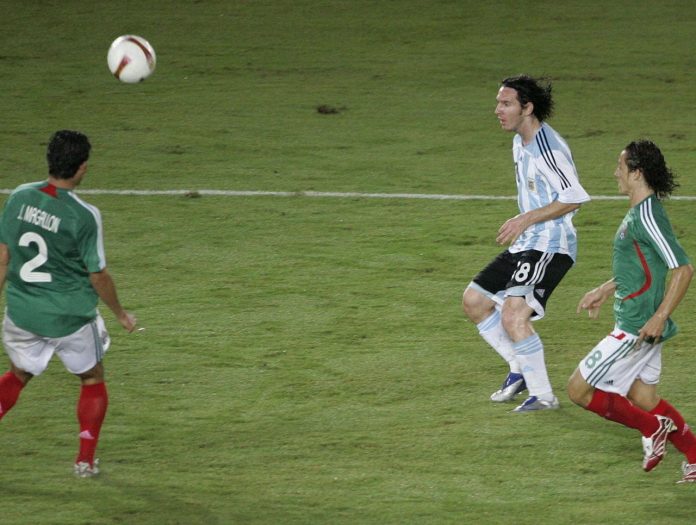 On this day in 2007, Argentina defeated Mexico 3-0 at the Copa America.

In the semi-finals of the tournament which was held in Venezuela, Argentina were up against Mexico and it was two genius goals and one penalty which put the Mexican team to the sword.

Argentina were awarded a free kick late in the first half and it was Juan Roman RIQUELME who stood above it. A beautifully sent in cross was meant by Gabriel HEINZE of all people who karate kicked the ball into the back of the net. Just like that, Argentina were up 1-0 going into half time.

The second half saw arguably the goal of the tournament. Lionel MESSI, mullet and all received the ball near the edge of the penalty area. He took a few touches and chipped it over the goalkeeper. MESSI was making that tournament his own and was showing the world what he was capable of doing.

A third goal was in the books and it was RIQUELME who took the penalty kick. In typical RIQUELME fashion, he chipped the ball down the middle to seal the 3-0 victory and Argentina’s passage into the final.