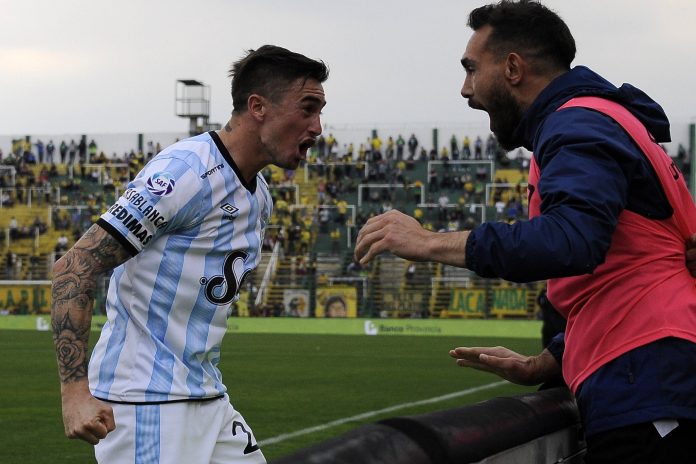 Out of the nine matches which took place on Saturday and Sunday in the Argentina Superliga, five of them finished in draws.

Defensa y Justicia vs. Atletico Tucuman was the first match on Saturday and it finished in similar fashion to that of Newell’s and Independiente. A goal less first half meant we were treated to two goals and a red card in the second half. Ricardo NOIR scored an Olympic goal, that is to say directly from a corner kick. Alexander BARBOSA equalized for the home team from the spot with six minutes left. Guillermo ACOSTA later lost his head and was sent off in injury time for Atletico Tucuman.

Former Ajax and Nice man Dario CVITANICH scored the lone goal of the match, also from the spot, for Banfield in their 1-0 win against Gimnasia de la Plata. It was a big win for Banfield as they had lost their opening match last weekend against Rosario Central.

The second draw on Saturday came between Argentinos Juniors and Godoy Cruz. A 0-0 draw haltered Godoy Cruz’s chances of going top of the table after they won their opening match of the season. Argentinos Juniors find themselves in the bottom half of the standings in 21st position with only one point.

A frustrating start to the season continues for both River Plate and Belgrano as they drew 0-0 which means a second consecutive draw for both teams. They are now four points behind league leaders Rosario Central who picked up two wins out of two.

San Martin picked up their first win of the season and find themselves on four points following a 1-0 win against Patronato. The latter are in 22nd position with a lonely point.

In a back and forth match, Colon drew 2-2 against Tigre. Diego VIERA opened the scoring for the visitors to give Tigre a 1-0 lead. Former Argentina international and 2004 Olympic gold medalist Clemente RODRIGUEZ equalized for Colon. Just one minute later, Juan CAVALLARO restored Tigre’s lead. Javier CORREA drew Colon level for the second time in the match.

Aldosivi came from behind to win 2-1 against Huracan. Diego MENDOZA scored early on in the match for Huracan to give them a 1-0 lead. The second half saw Ivan COLMAN score for Aldosivi before Matias PISANO left it late by scoring the match winner in the 88th minute.

Former Inter man Ruben BOTTA scored in the 26th minute for San Lorenzo and Nicolas BLANDI doubled their lead against Lanus. However, Sebastian RIBAS cut San Lorenzo’s lead in half right before half time. Nicolas THALLER made it 2-2 in the 46th minute which ended up being the final score.

Lisandro LOPEZ has made it two goals in two games as he scored in Racing Club’s 2-0 win against Velez. Guillermo FERNANDEZ sealed the win late in the 83rd minute.

Monday’s matches are Boca away to Estudiantes while San Martin de Tucuman host Union. The reports for both of those matches will be up on Monday evening.