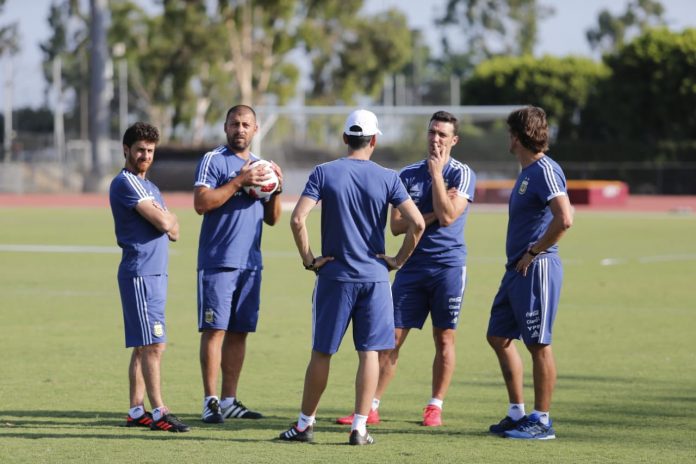 This will be SCALONI’s first match in charge of the senior side after having just won the U20 COTIF tournament. Speaking at a press conference in Los Angeles, here’s what SCALONI had to say:

“We based our call-ups on what we believe was best at the moment. We try to bring the best. Today, football is easy for no one. We come with new players and two days of training. Surely the match will be difficult.

“It’s a new stage. There’s an interim coach and all the players want to show their talent to stay. It depends on them. For them, it’s an important moment because after a World Cup comes a new stage and everyone wants to be included.”

Lionel SCALONI spoke about the players and who will be the captain of the team.

“The captain will be ROMERO but he’s not in the best shape to play. Therefore the armband will go to Nicolas TAGLIAFICO.”

SCALONI also spoke about the players and how he is only the interim Argentina coach.

“There are players we believe will have a great future. They just have to show it. Hopefully those who make their debut will be able to put on the shirt and not have to take it off until they retire.

“For me, it’s a great dream and responsibility to be in this position. Everyone knows that I am the interim coach. I have no doubts about it. It’s clear that we have something important with the U20 team in January.”