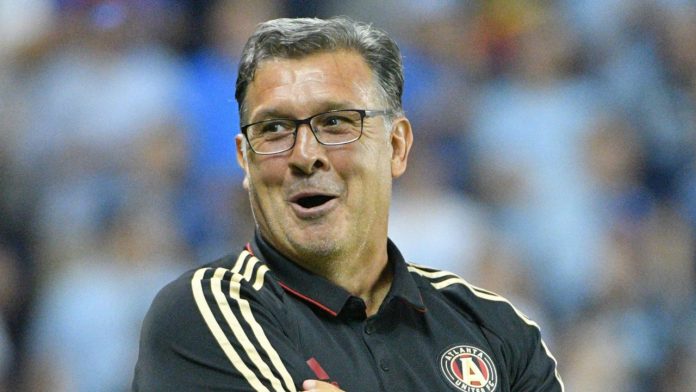 “They say here that it is very difficult in the first couple of seasons to do big things in MLS. We’ve been able to evolve greatly this season. We do have an obligation to at least fight for the title until the end.

“I am flattered that I am being considered for the Colombian National Team job. I am very happy and calm with Atlanta United but I have a contract right now. But after it expires, I will look at the situation.

“I have not been contacted by anyone at the Colombian FA. I have to have a discussion with the brass here with Atlanta United… I have a date of October 1 to define the future of the team and mine as well.”

Tata MARTINO praised former Argentina and Colombia coach Jose PEKERMAN while also stating that he was one time close to coaching Colombia:

“After what PEKERMAN has done, Colombia is one of the most attractive jobs in the world and one of the biggest national team around. It would be very attractive. It is very difficult for anyone at the Colombian FA to contact my agent, I do not have one.

“Colombia would be an attractive job for any top coach. I was close to coaching the Colombian National Team once, but my heart tugged towards the club that I adore (Newell’s). The Colombian FA did everything to have me sign, my lawyer and accountant were in Bogota were ready to sign, but something had me go to Newell’s Old Boys.

“Destiny prevented me from being with a national team as big as Colombia, but in the end things went well for them the past eight years. I also helped in Newell’s winning the league and avoiding relegation.

“My heart for Newell’s Old Boys was much greater than anything else. The papers were ready and all I had to do was sign, but things were different.”

On the topic of the Argentina job, MARTINO said he would return to coach the team:

“What I said about Colombia, it also applies to Argentina. I still have a contractual situation to resolve in Atlanta. I don’t have much else to add. I haven’t given an interview to the Argentine press in two years, but I will clear it up. I have not been contacted.

“I am willing to return to coach Argentina… but it is difficult to talk about things that are not concrete. It is also about respect, especially for the team I currently work for. Respect has to focus on truth and I have not been in contact with Colombia or Argentina.

“So for me to say that I would love to coach a team would be like I am offering myself for a situation I have not created. I would prefer to solve first my sporting situation and then the contractual one. I have to see if we are together two more years or we part ways.

“Many speculations have been made with Argentina when there has been no contact. I just have to laugh. Right now, we are talking about thing that are up in the air. The only thing that is solid is my current job with Atlanta United.”

On receiving praise by AFA president Claudio TAPIA and his history with the Argentina National Team:

“I do feel the same way as Claudio TAPIA (AFA president) as he’s been a person that has been by my side in the worst moments, especially at the institutional level. He was always there at the sporting level when we lost the finals and that could have ended up as if we did nothing.

“I accept those ‘failures’ because I know that Argentina are obligated to win. It is also true that we had some difficult moments at the institutional level when it came to planning travel, financial situations and organizing an Olympic team.

“It was important to establish the foundations for the turnover that Argentina was inevitably going to undergo and have not been able to do so because we do not have the support of the teams abroad. But what was more amazing is that the teams in Argentina didn’t either.

“For all of those reasons, I decided to resign as coach of Argentina. If there was one person that did not leave our side then it was Claudio TAPIA and that is why I consider him a friend.”

Gerardo MARTINO on his relationship with Lionel MESSI:

“My relationship with MESSI is normal. When I coached him at FC Barcelona and Argentina was like any other relationship between a coach and a player. I do not have anything to fix with MESSI or any player. What occurred with Argentina is purely institutional and disorganization within an FA and team as big as Argentina.

On rumors of him going to coach Nacional in Colombia:

Once more, thank you to Juan G. ARANGO for translating these quotes.