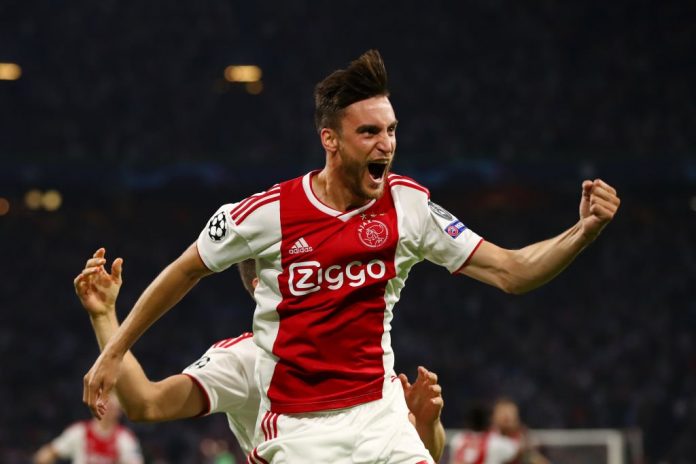 Argentina international Nicolas TAGLIAFICO scored twice, one of which was a wonder goal for Ajax in their 3-0 win against AEK in the Champions League.

In his debut match in the Champions League, Argentina’s Nicolas TAGLIAFICO did not disappoint as he scored twice, the first goal of the match and the last one. The first one was a finish any number 9 would be proud of. Similar to Marcos ROJO’s goal for Argentina against Nigeria at the 2018 FIFA World Cup, a side footed finish by TAGLIAFICO gave Ajax the 1-0 lead.

500 – Nicolás Tagliafico's goal for Ajax was the 500th scored by an Argentinian in Champions League history (excluding own-goals). Quinientos.

TAGLIAFICO’s second goal, the third of the match, was a wonder strike. In an advanced position, TAGLIAFICO lifted the ball and beat the goalkeeper to finish it off in style. An incredible match by the left back.

Nicolas TAGLIAFICO joins Lionel MESSI and Mauro ICARDI as the Argentine players to have scored in the Champions League this season.