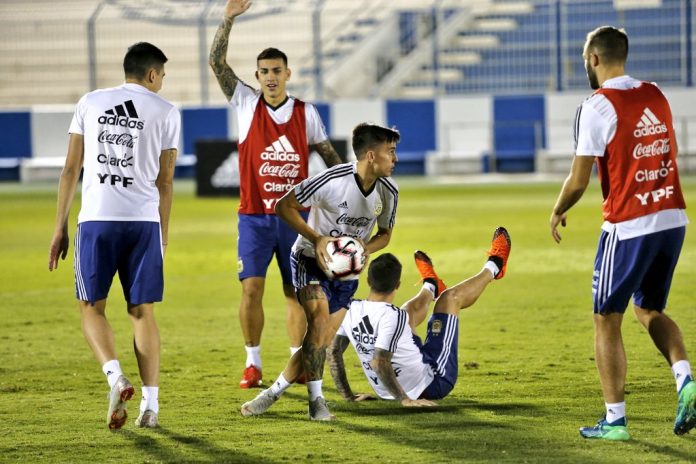 Argentina’s starting eleven is confirmed for the match against Brazil and it’s an attack of Paulo DYBALA, Mauro ICARDI and Angel CORREA.

Coach Lionel SCALONI confirmed 10 of the 11 players on Monday during a press conference. The only question was if it would be Angel CORREA or Lautaro MARTINEZ starting for Argentina. The Atletico Madrid players gets the start.