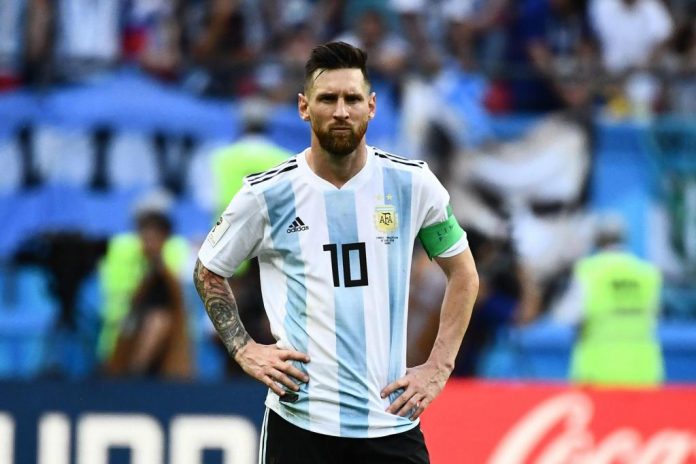 Football legend Diego MARADONA spoke about a number of topics, from himself to Lionel MESSI to the Argentina national team to Lionel SCALONI and Santiago SOLARI.

Diego MARADONA always has something to say about anything. In this case, it was in an interview with Spanish media Marca where he gave his thoughts on the topics. Here’s what he had to say:

-Why do you think it had so much impact what you said about Messi?
Diego MARADONA: What are you talking about?

-About saying it is no point making Messi a leader when he goes to the toilet 20 times before a game.
Diego MARADONA: All lies.

-You didn’t want to cause conflict with Messi?
Diego MARADONA: Leo is a friend of mine and I never talk badly about a friend in public. I would say it to the face, and not through an interview. About Leo all I would say is that he is a phenomenon and nothing more. There are players that go to the bathroom 20 times but I never referred to Messi. Quite the opposite what I wanted from Leo (referring to the 2010 World Cup) was to get changed, go on the pitch, look for the ball and something that many others don’t do, they hide from the ball. I want to say that what I have with Leo is unconditional.

-Love?
Diego MARADONA: Love, peace, affection and of course I want to give him a big hug because it is a long time since I saw him.

-Have you spoken since this issue?
Diego MARADONA: Since Messi joined Barcelona they want us to be always fighting.

-Who? Why?
Diego MARADONA: I don’t know why there is this obsession with him and me. Leo could be compared with Ronaldinho for example. Dinho had a massive impact at Barcelona and for some reason no one remembers him. This is typical of Barcelona, they forget their idols very quickly. Ask about Rivaldo there after the goal from the half-way line against Atletico or the overhead kick against Valencia. Nobody remembers him, you know how the Barcelona press are, they want that we are fighting but I will eat a meal with Leo, we play football-tennis and we are happy.

-To end this issue: maybe you want to say with the phrase about the toilet that Messi doesn’t have the same leadership qualities like those of previous generations?
Diego MARADONA: It is useless to want a player to change his style, put Leo as right back and watch how many times they go past him. It is useless to play a different way. I love Leo, after the 4-0 against Germany at the 2010 World Cup I saw him cry in the dressing room…and I say more that when he is angry he is really angry. There were players that had already booked their home flights back to Argentina but Leo didn’t do that, Leo does the right thing and for that reason I heard him cry in the shower.

-Do you think he will return to the national team?
Diego MARADONA: I think so. We will see because if not then we are in trouble as we haven’t anyone that can hit a wall.

-You criticised the appointment of Scoloni as Argentina coach because of his lack of experience. Do you think the situation with Solari at Madrid is similar?
Diego MARADONA: I would only say that in both cases that they don’t have enough backing for both teams. However, if they were put there then it was because they had the backing of the Argentina federation president and the Real Madrid president, but I don’t think they will be around for long. Coaches have a life span and and theirs will not be too long.

-Would you have liked a chance at Madrid?
Diego MARADONA: I would have loved it. I have big enough shoulders for it but things didn’t work out that way. Now I am at Dorados and I am happy, I will see Benja (his grandson and Kun Aguero’s son) at some point and I have a good relationship with Kun. He is good father and a great guy.