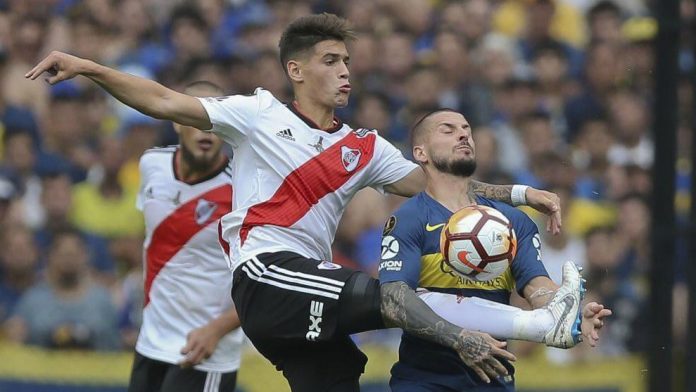 Exequiel PALACIOS of River Plate has reportedly agreed a move to Real Madrid.

Per reports in the Spanish media, the 20 year old will be joining Santiago SOLARI’s team in the January transfer window. The move is reported to cost €20 million. While the move has not yet been announced by either River Plate or Real Madrid, the rumors regarding the transfer have been intensifying the past couple of weeks.

His agent, Renato CORSI confirmed to Marca that the club have spoken to Madrid.

“The interest of Madrid has been there for a long time, since the U17 World Cup in fact, so it has been more or less three years.

“What we have said to the people at Madrid is that they can buy him but leave him at River for six months. The boy has many possibilities, such as playing in the Copa Libertadores final against Boca and winning would see him get the chance to go to the Club World Cup.