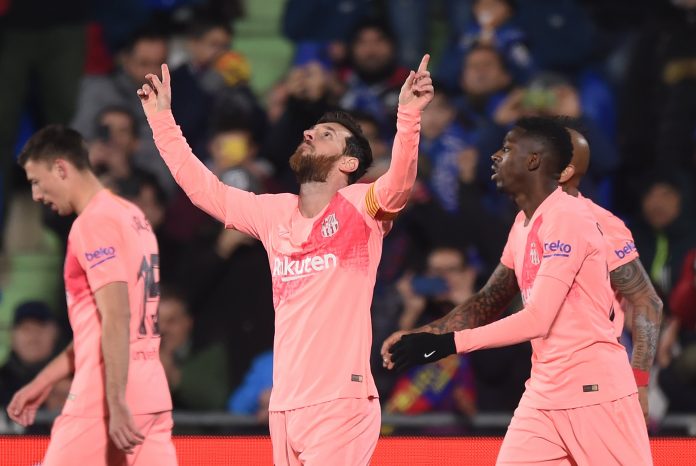 Lionel MESSI scored the first goal of 2019 for FC Barcelona in their 2-1 win against Getafe.

For the fourth year in a row, MESSI scored Barcelona’s opening goal of the new year. While being surrounded by two Getafe players, MESSI went passed them, played the ball in between the legs of the goalkeeper and scored the open net.

However, that wasn’t the only piece of wizardry by the little magician. A pass which broke through the Getafe team and one worth the watch.

First goal of 2019 scored again by messi.
Was there ever any doubt?pic.twitter.com/9IAETfsLXp

WHAT IS THIS PASS FROM MESSI pic.twitter.com/RgcI74YRB9