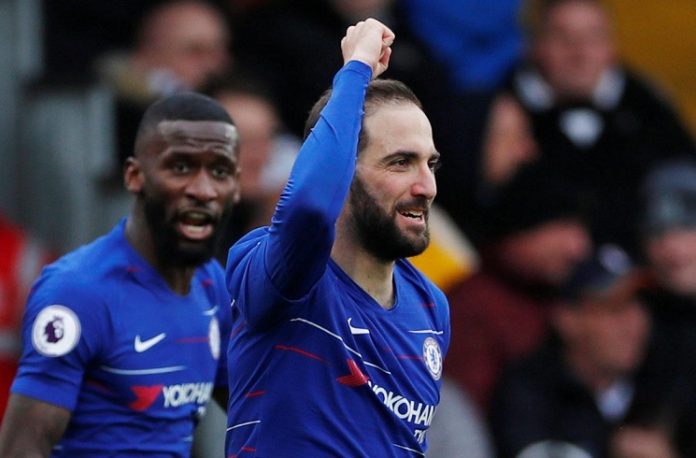 Gonzalo HIGUAIN scored the opening goal for Chelsea in their 2-1 win against Fulham.

It was the Argentine’s third league goal in five matches since joining Chelsea as he’s slowly showing why they signed him. A finish from close range opened the scoring for Chelsea.

With goalkeeper Willy CABALLERO back on the bench, the win kept Chelsea one point behind Arsenal in sixth place and two behind Manchester United but with a game in hand.