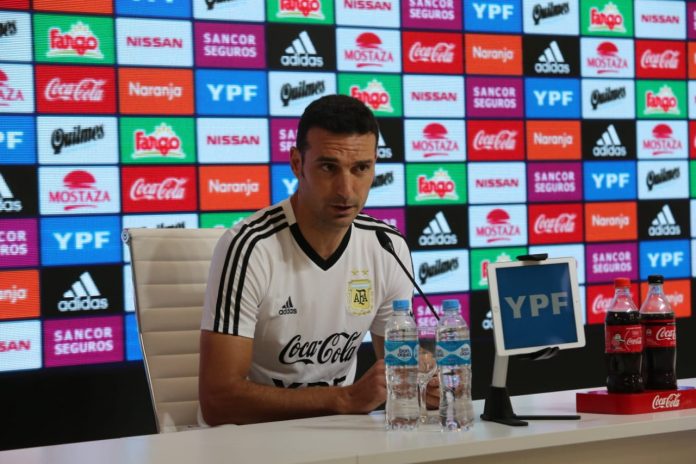 Argentina coach Lionel SCALONI spoke about a number of topics regarding the national team.

During the announcement of the latest Argentina squad, the coach commented on this year’s Copa America, Lionel MESSI’s return, forming a local squad and more. Here’s what he had to say:

On the players called:

“We look to continue a bit with the majority of the players which were here before and also to see new ones which were brought to our attention and it’s obvious that they deserve an opportunity.”

On the Copa America:

“The list for the Copa America will surely have modifications because there are players that are injured. This is a provisional list. We believe that the more players we see the better. We are going to the Copa to compete like Argentina has to do. It will be difficult, I can’t sit here and say we’re going to win it.”

“The decision by the coaching staff was to not include Leo (MESSI) in the first matches. Now he’s back and he’s most welcomed. Leo (MESSI) is called up, after that, we will see if he will play one match or both matches. I will take that decision. I think we knew how to take advantage of MESSI at times. With him, the team got to three finals but couldn’t (win it) because of very little differences.”

“We need to see players for the goalkeeping position. We haven’t totally decided who will play from the start for the next matches.”

On the Argentina team:

“All the players which were called are at a great level. We have to work for the future of the Argentina national team. The group we have is sacred and the player that comes in will bring his own. Argentina always has to compete and to give the best possible. But the idea doesn’t change, we always want to work for the future. Our idea is that every player knows what they have to do. We have to be flexible about our setup. With humility and hard work, we can return the Argentina national team to the level we were at.”

Lionel SCALONI on MENOTTI and a potential local Argentina team:

“With Cesar Luis MENOTTI, we would love to have a local national team. We know it’s hard but it’s a big dream. Cesar Luis MENOTTI is very important to us. He’s gonig to help us a lot. We will try to reach an agreement with the clubs to be able to work with some local players during the week.”