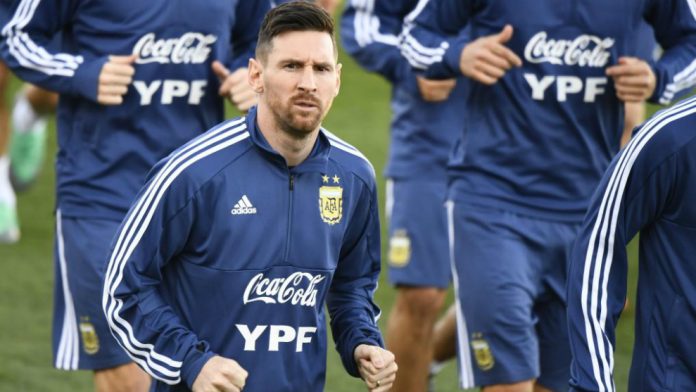 Argentina coach Lionel SCALONI has confirmed the team which will play Venezuela on Friday.

As we reported earlier today, there were rumors that SCALONI would go with a 5 man back line and he has confirmed that. With MONTIEL and TAGLIAFICO as the full backs, it will be MERCADO, FOYTH and MARTINEZ partnering them.

In midfield, it’s LO CELSO with PAREDES, with an attack spearheaded by MESSI, Lautaro and Pity MARTINEZ.