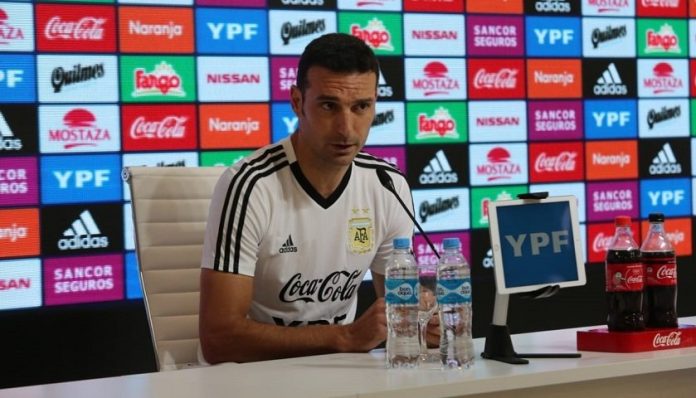 Argentina coach Lionel SCALONI spoke at a press conference about the Argentina team, Lionel MESSI, Paulo DYBALA and much more.

Many people are wondering why Lionel MESSI and Paulo DYBALA will both not feature from the start and the Argentina coach gave his reason. At the press conference, here’s what he had to say:

“It brings us joy to have MESSI back, despite my youth. I had the possibility to train with him. We hope that with MESSI coming back, it brings out more of the potential in the team.

“We will not change what we have done in the past 6 matches. Him being here is an added plus. MESSI is at an important moment in the season where you feel the fatigue and it’s obvious. Not only with him but with a lot of players and you have to take that into consideration.

“MESSI and DYBALA are compatible but but it takes work. Surely with time it will happen. Now, we don’t consider it to be the moment, it’s logical, we haven,t had much time to prepare.”

SCALONI also spoke about himself as a coach:

“I am countiously learning, listening. I did that as a player and I’m also going to do that as a coach.”

In regards to the injuries to Nicolas OTAMENDI and Angel DI MARIA, SCALONI said it’s best not to risk.

“It’s never good when a player gets injured, as much for the coach as for the team. I would have liked to have seen DI MARIA. When a player leaves the camp, it’s because there’s no chance of him playing a match. We always decide never to risk a player.”

About the match against Venezuela:

“We enter the game wanting to take the initiative. We have a good midfield. We also have wingers that can cause damage. The important thing is to be protagonists.

“We analyzed the Venezuelan team. It’s a team that’s on the rise, that plays direct football.”

“Hopefully when I have to give the list for the Copa America, every player will be available. We are a great team if all contribute even just a grain of sand.”