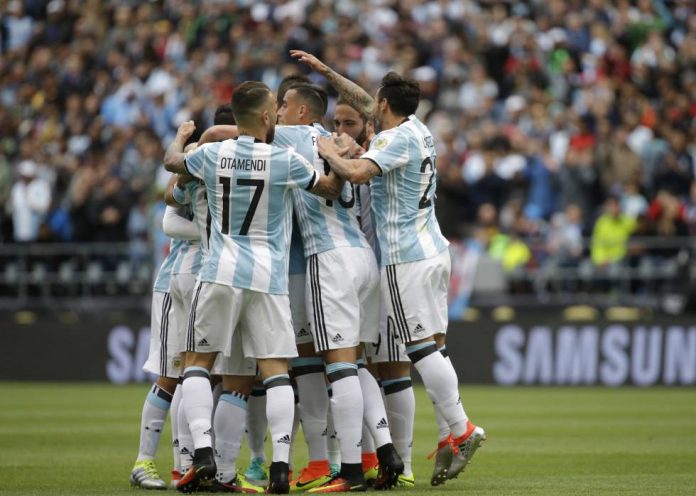 Manager Lionel SCALONI has announced his list of 23 players that will take part in this summer’s Copa America in Brazil. After coming out with a preliminary 40-player list, SCALONI got rid of the one or two doubts he had left and finalized his list nine days before the deadline.

Regardless of what you think of the composition of the list or the players that perhaps deserved a spot, there is no reason to dwell on issues that are out of your control. These are the 23 players that have been chosen to represent La Albiceleste, so we must move forward and analyze the selections and what they could bring to the team.

River Plate’s Franco ARMANI is the supposed starter due to having the most experience with the national team of the three goalkeepers chosen, but ARMANI has had an up-and-down 2019 season after a stellar 2018 which saw him lift the Copa Libertadores trophy. He hasn’t been as sure-handed as he was in the past, and it’s fair to wonder if Boca Juniors’ Esteban ANDRADA can supplant him by the time the first match against Colombia rolls around. ANDRADA is currently on fire, having kept three-consecutive clean sheets in the Copa De La Superliga and consistently bailed out a suspect Boca defense with outstanding acrobatic saves. At 28 years old and in the prime of his career, the former Lanus net-minder could pass ARMANI as Argentina’s No. 1 with a pair of good performances in practice.

America’s Agustin MARCHESIN is strictly a backup and will serve as the third goalkeeper. It makes sense to enlist a veteran for the third goalkeeper spot, but giving younger and deserving keepers like Juan MUSSO or Geronimo RULLI the experience of an international tournament could’ve helped their careers.

Racing’s Renzo SARAVIA is entrenched as the starter at right back and doesn’t appear likely to have much competition. SARAVIA impressed a ton in friendlies last year and performed more-than-admirably against Neymar when Argentina played Brazil. Young Tottenham rotation player Juan FOYTH could fill in at right back if needed, but he’s naturally a center back and can be an option if SCALONI decides to shift to a back-three in any game.

In central defense, Nicolas OTAMENDI and German PEZZELLA are the proposed starters, although they are far from big-game-ready. OTAMENDI lost his starting spot under Pep Guardiola at Manchester City and hasn’t been playing consistently in 2019, while PEZZELLA is coming off of a facial fracture that required surgery. The latter should be fine for the Copa, but he might struggle for match fitness early on. Along with FOYTH, Ramiro FUNES MORI will back up OTAMENDI and PEZZELLA. FUNES MORI was a logical replacement for Gremio center back Walter KANNEMANN (due to their left-footed profiles), who injured himself in practice recently and won’t be able to participate in the tournament. KANNEMANN was likely to push for a starting spot given his performances in friendlies and for Gremio, but FUNES MORI should be relegated to backup duties, as he isn’t in the best form and lacks confidence.

Nicolas TAGLIAFICO is the unquestioned starter at left back and that shouldn’t change anytime soon. The 26-year-old never misses a game and enjoyed a stellar season with Ajax, who came within seconds of a Champions League Final berth. TAGLIAFICO will be backed up by Milton CASCO, who’s been arguably the best left back in Argentina this season. CASCO returned from a broken collarbone recently and returned to impressive form in a 4-1 win over Atletico Tucuman. Quick and fearless when it comes to bombing forward in attack, CASCO is a more offensive alternative to TAGLIAFICO and can even play right back due to his ambidextrousness.

The midfield has been Argentina’s biggest issue for the better part of a decade, and while there is certainly more talent on this list than in previous iterations, there are plenty of question marks that remain.

The only player who should be a starter without argument is Giovani LO CELSO, who was one of the best midfielders in all of La Liga in his first season with Real Betis, scoring nine goals and providing four assists. A CM with offensive prowess, LO CELSO should be deployed as a CAM in front of more defensive-minded CMs, but he can also drift high and wide on both flanks if needed. Everyone is quick to pair LO CELSO with PSG man Leandro PAREDES, but the latter has failed to live up to expectations with La Albiceleste. He’s been too slow with the ball and weak in defense in his performances with Argentina, but his passing is next-level and he put in several good performances for Ligue 1 Champions PSG in the spring. PAREDES shouldn’t be deployed as a CDM, rather as a CM with one or two CMs who can help out on defense.

Wunderkind Exequiel PALACIOS has enjoyed a meteoric rise to fame over the past year and it’s been warranted, as he has forced himself into River Plate’s staring lineup and even started in the Copa Libertadores Final. An injury had him out for a couple of months, but he’s back in action and has carried over his form as of late. PALACIOS can play anywhere from left mid to right mid to center mid to center attacking mid to holding mid. He’s an incredibly versatile player with a shocking amount of patience and calmness under pressure, and he will play a huge role for Argentina this summer. Roberto PEREYRA was a fixture in Watford’s side all season and helped lead them to the FA Cup Final against Manchester City. Like PALACIOS, PEREYRA is also a midfielder that can play wherever you need him to, especially as a left midfielder in a 4-4-2 formation, which SCALONI reportedly likes. Guido RODRIGUEZ is the most defensive-oriented of all the midfield choices and would be a perfect complement to a pairing of LO CELSO and PALACIOS/PAREDES/PEREYRA in a 4-3-3.

Angel DI MARIA makes his return to the national team and should be a starter if his overall season in Ligue 1 is any indication. Many are sick of him, but he contributed 12 goals and 11 assists for PSG this season and provides a dynamic and explosive offensive change-up that not many other players can when he’s on his game. Marcos ACUÑA is a natural replacement and possible upgrade to DI MARIA. With CASCO called up to be TAGLIAFICO’s backup, ACUÑA will more than likely be pushed higher up the pitch when he is on the field, instead of the makeshift left wingback role Jorge SAMPAOLI and SCALONI have used him in over the past two years. Rodrigo DE PAUL burst on to the scene this year and turned in one of the best Serie A seasons of any midfielder in 2018-2019. He scored nine goals and dished out eight assists for Udinese, playing as a left winger and center attacking mid. He can also play on the interior in a more central midfield role, as well as in a right midfielder position due to him being naturally right-footed.

There’s nothing to say about Lionel MESSI: Argentina’s only hope of going far in this tournament rests on his shoulders, as always. MESSI will have his best friend, Sergio AGÜERO, back in the team. AGÜERO should be the starter up top after yet another goal-filled and trophy-filled season in Manchester. With Gonzalo HIGUAIN’s presence behind AGÜERO gone and young Lautaro MARTINEZ likely to play a complementary role, this should be AGÜERO’s tournament to shine; especially since AGÜERO appears to be coming into the tournament fully healthy, which has rarely been the case. Speaking of MARTINEZ, he beat out fellow Inter teammate Mauro ICARDI, who essentially dug his own grave with awful personal life decisions – which has become an annual occurrence. MARTINEZ is the more versatile player regardless, as he’s able to be deployed as a traditional No. 9, as a false 9 or as a No. 10 with more playmaking responsibility.

Matias SUAREZ is a surprise inclusion, but it’s long overdue, as he put in a decade-worth of very good seasons with RSC Anderlecht and Belgrano. Now 31, SUAREZ still has a great change of pace and is flexible enough to play as a left or right winger or as a center forward. Finally, Paulo DYBALA was called up despite repeated disappointing performances with Argentina and a rough season with Juventus. Still, DYBALA is the most like-for-like insurance policy for MESSI, and DYBALA is probably foaming at the mouth to finally break through for his country and become a worthwhile presence with the jersey.