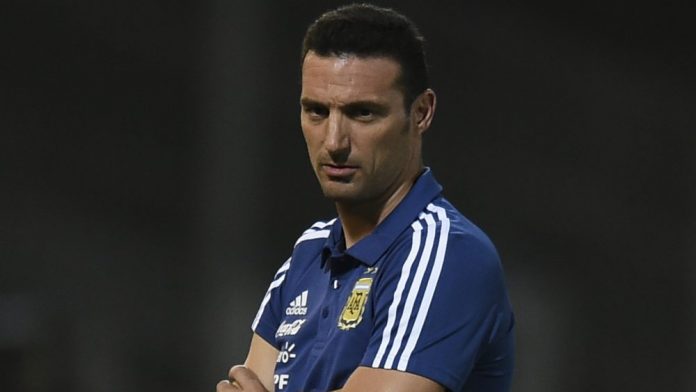 Argentina coach Lionel SCALONI gave a press conference after announcing his list of 23 players for the Copa America.

The Argentina national team coach had a lot to say in regards to the team and the injection of young blood. Here’s what he had to say:

“When we took over, at first in the first six matches when I was interim coach and after that when I was confirmed, our idea was that any player would have the chance to play with the Argentina national team. The change (of players) was made but without closing the door on anyone.”

The coach also commented on Milton CASCO getting called to the team:

“He was called for the matches against Venezuela and Morocco but he got injured. We knew that he was training and he didn’t lose his physical conditioning. He gives us options. We all know that he can play on the right just as much as on the left. He was an option that we always had.”

“I didn’t change anything following my press conference after I announced the squad against Venezuela and Morocco. I know him after having been in the previous coaching staff (with Jorge SAMPAOLI) and I know him better than anyone else. We needed to give those two matches (Venezuela and Morocco) to Lautaro MARTINEZ. But with AGUERO, the numbers speak for themselves. We are happy that he’s with us and we have to put the pieces together for him to be able to do what he does with his club.”

He also spoke about the change of players in the squad:

“The easiest thing would have been to play itsafe, with players who had experience but we believed that we should try and find a certain balance of players who have played several matches and others who have the chance to show us because if not, the famous future will never be produced. The end will show us.”

“We spoke days after the Champions League elimination but only to talk about how things would be planned. I’m not one to get involved in his club, we spoke about how the week of training would be here and nothing else.”