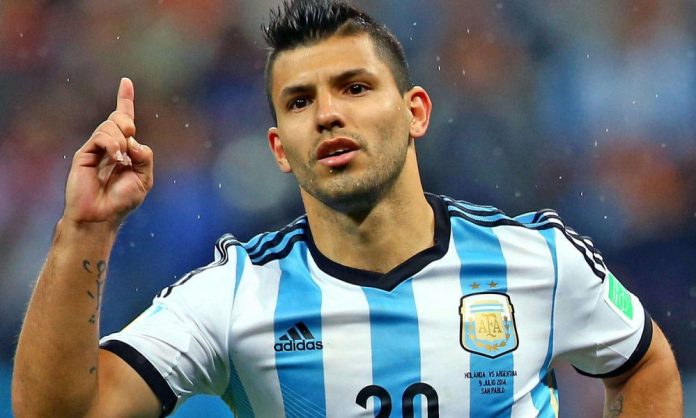 Sergio AGÜERO was interviewed by Fox Sports Argentina, where he discussed the national team, the Copa America, himself, Lionel MESSI and more.

AGÜERO wasn’t always called-up to the Argentina national team by coach Lionel SCALONI. As a matter of fact, his inclusion in the Copa America squad was the first in a SCALONI team.

Speaking in the interview, AGÜERO had this to say:

“The system will be different from how we were playing, I think Leo’s (SCALONI) system could work. If we have a good defensive base, we will be good. The most important thing is that they don’t score goals against us. Argentina are always candidates in every competition.”

“When I wasn’t being called-up, I had doubts about if I would be there (Copa America) or not. Leo called me in April to tell me that I would be called, I was very happy. I don’t know if it will be the last (tournament) or before last… We want to win something with the Argentina national team.”

“Physically, I am very good. I didn’t suffer any muscle injuries during the season as I did in previous years.”

On the pressure on Argentina to win:

“We know that there’s a lot of pressure on Argentina. The smallest mistake and you are eliminated because it’s a short tournament. With the national team, you can’t afford to have a bad match. I’ll try to do the same as I do with City.”

The pressure that is on captain Lionel MESSI’s shoulders:

“I know Leo and when he’s angry, he says things which he later regrets. But when he comes here, he is happy and he’ll never stop trying.

“I’m more anxious to be a champion for MESSI than for me. Hopefully one day, it happens. It’s his dream and everyone’s dream. I put myself in his place and I want to try and do my best for him to lift the Copa America.

“It’s been a long time that he comes here and he suffers. I also suffer. We know what he can bring and the rest have to be mentally prepared not to fail.”