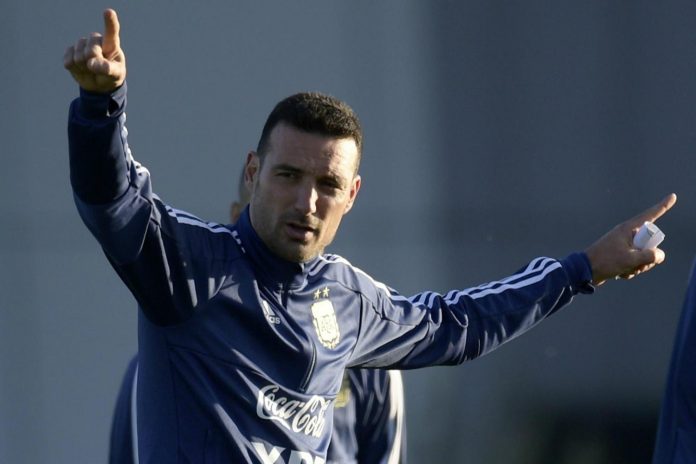 Argentina coach Lionel SCALONI held a press conference on Thursday ahead of his team’s friendly against Nicaraguay in San Juan.

With it being the only game prior to Argentina’s opening match at the Copa America against Colombia, coach SCALONI will have a lot to think about in regards to his team. SCALONI confirmed the starting eleven in the press conference.

Speaking at the press conference, here’s what SCALONI had to say about the game.

“The players feel proud for having received the welcoming they did here in San Juan. It’s an important match for us, to see how the players respond when given a chance. We were able to work with most of the players over a few days, we can’t complain. We want a solid team, one we can identify with.

“We watched Nicaragua’s last two games. They are a difficult team. For us, it’s an important game.”

If he will make any changes to the team for the Copa America.

“I don’t believe we will have too many changes from here to the Copa America. The one’s that will play against Nicaragua will have the chance to show us what it means being a starter. The idea is to have the best Copa America possible and to compete at the highest level.”

In regards to the attack, SCALONI is convinced that things can go really well for the team.

“We know that up front, we have pure dynamite. Not only Leo but AGUERO and Lautaro. Players who can score a lot of goals. For that reason, if we are solid, we will have a lot of chances. If we do well as a team in terms of performance and if MESSI does what he does every Sunday, surely things will go well for us.

“Being solid does not only mean defending. It means knowing what to do at all times, what’s going on in the match. They’ve understood that. They are smart, smarter than any other players.

“If we recover the ball, what I would like is to attack as quickly as possible. Most of all if we get the ball back in an attacking position. That’s what I told the players.”

About who will be the starting goalkeeper for Argentina at the Copa America:

“Tomorrow, ARMANI will play but I can’t guarantee that he will be the starting goalkeeper for the Copa America.”

The coach even spoke about GUIDO RODRIGUEZ and the injury to Exequiel PALACIOS which meant he would miss the Copa America.

“Guido (RODRIGUEZ) is a very interesting player. What happened with PALACIOS was very difficult for us.”

If he has set in stone a formation:

“I’ll never fully commit to one system or with the positions. Today, I’m doing well. We will see on Friday if I’m still well, ha. I know the weight of being an Argentina national team coach but I always have my feet on the ground. I’ve had the same values since I was a kid.

“These players were born to win, to compete at these levels. Making make them understand what it means to wear this shirt is the easy part, they already know all of that.”