Mundo Albiceleste
Home Latest News Maxi RODRIGUEZ: “When MESSI won’t be there, we will miss him a...
Facebook
Twitter
WhatsApp
Telegram 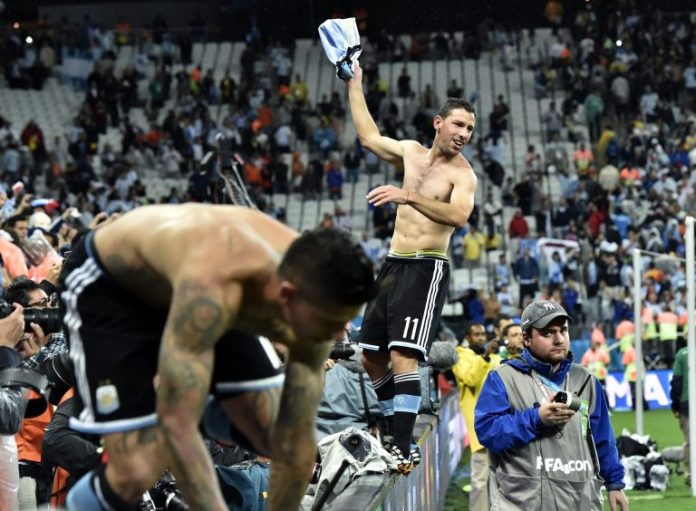 Maxi RODRIGUEZ gave an interview with TyC Sports, where he spoke about Lionel MESSI, Sergio AGÜERO and Gonzalo HIGUAIN.

A veteran of three FIFA World Cup’s, Maxi was part of the 2006 FIFA World Cup with MESSI, while the 2010 and 2014 editions included MESSI along with AGÜERO and HIGUAIN. Speaking about all three men, here’s what Maxi had to say:

“When Leo (MESSI) won’t be there, we will miss him a lot. What he has done to always be here is impressive,  we have to take advantage of him and surround him the best way possible.”

Regarding both AGÜERO and HIGUAIN, here’s what Maxi had to say:

“AGÜERO and HIGUAIN also did a lot for the Argentina national team. They couldn’t be crowned by lifting a cup but they left a lot (for the cup).”