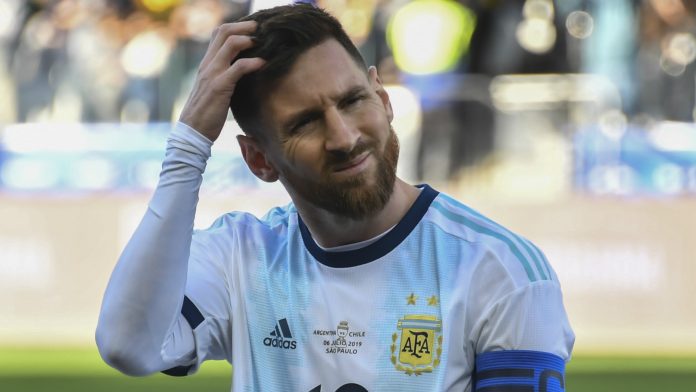 Lionel MESSI has been suspended for one match for Argentina while receiving a fine.

The Argentina captain made headlines following his team’s matches against Brazil and Chile at the Copa America. MESSI accused the referee’s and CONMEBOL of favortism while stating that they didn’t respect Argentina.

There were rumors that MESSI would receive a two match ban and a hefty fine for his comments. It now appears as though MESSI will receive a one match ban and a $1500 US fine due to his red card against Chile. MESSI would sit out Argentina’s first World Cup qualifying match as part of the suspension.

MESSI could still get suspended or fined even more due to other pending cases against him due to his comments at the Copa America.