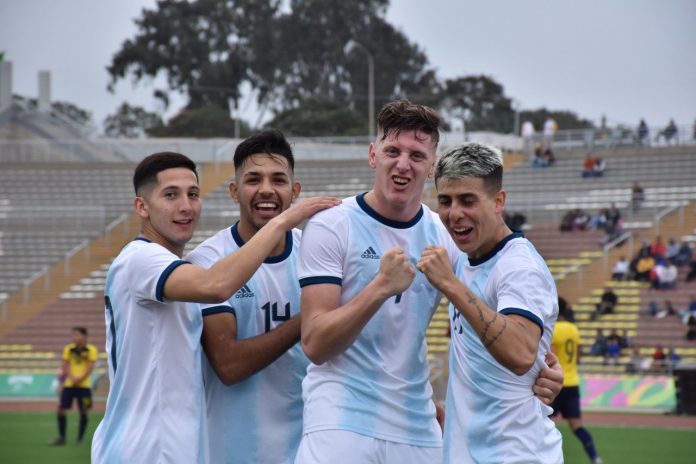 Argentina won 3-2 against Ecuador in their Pan American games debut.

Fernando BATISTA’s boys top Group A following their win with Panama and Mexico behind in second and third place on one point each and Ecuador in last spot. It was a game which had two red cards and five goals with Adolfo GAICH scoring twice.

Nicolas Ivan GONZALEZ was sent off in the 26th minute but Argentina but shortly after, it was his team which took the lead through a Carlos Fernando VALENZUELA goal. A star man in Argentina’s U20 FIFA World Cup tournament, Adolfo GAICH doubled the lead to make it 2-0 going into half time.

Ecuador would get a red card of their own after Exon Gustavo VALLECILLA GODOY was sent off. But just like Argentina did after they got a red card, Ecuador scored shortly after the sending off. But minutes after that, it was Adolfo GAICH once more who was the hero for Argentina as he scored his second of the game.

There would be one more goal scored by Ecuador as Anderson Alexander NAULA CUMBICUS gave Argentina a late scare but Fernando BATISTA’s team were able to hold on and get the full 3 points.

Argentina play Mexico on the 1st of August.