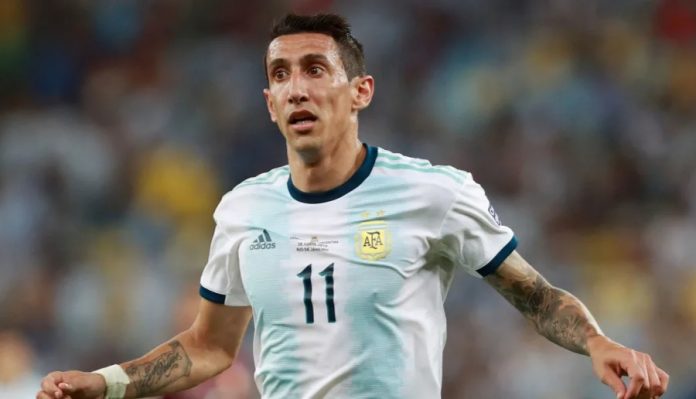 A member of three World Cup and four Copa America squads, Angel DI MARIA’s time with the Argentina national team could soon be coming to an end, if it hasn’t already. DI MARIA has stated that it’s time for the team to look to the future. Here’s what he had to say:

With coach Lionel SCALONI announcing his squad for the matches against Chile and Mexico, Angel DI MARIA’s name was left out. DI MARIA commented on his stance with the team:

“I didn’t talk to Leo. I keep working at my club and if he calls me up, I will never say no to the Argentina national team. The most beautiful thing is to wear this shirt.”

In regards to the teams being called to the Argentina national team:

“I really like it, a lot. Not for the older names but for the new ones. You can see that there is quality and a lot of potential, that they can wear the shirt and that is the most important thing for this new step. I like SCALONI, he is surrounded by good, trust worthy people and that is important.”

Talking about Lionel MESSI and why he is more vocal:

“Leo has always had that in him to talk, to express himself. It just happened that during that time, there was MASCHE, who liked to talk and express things more. Leo stayed more reserved.”