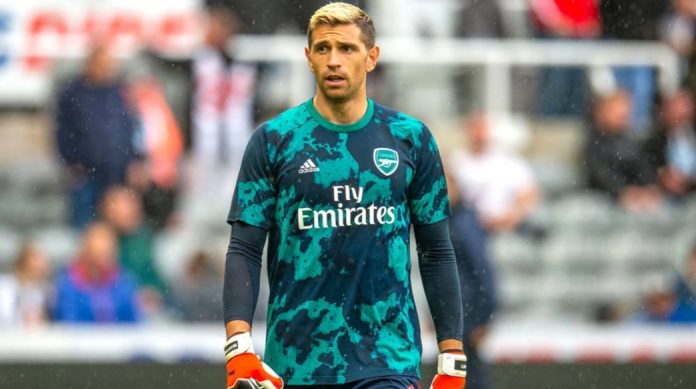 Arsenal goalkeeper is eyeing a spot in the Argentina team for the 2020 Copa America.

Despite never representing Argentina at senior level, Martinez is looking to be in the Argentina national team. Speaking with the Daily Star in the United Kingdom, here’s what the Arsenal man had to say:

“My goal is to reach the Argentine national team, I have the qualities. I need only a little more playing time.

“I want to add minutes, make a great season, be Arsenal’s number one and have chances of being in the team that plays the Copa America 2020.

“I know that the national team’s goalkeepers coach has followed me last season at Reading and wants me to play. That’s why having good games at Arsenal, which is one of the best clubs in the world, I will have the possibility.

“Our coach tells everyone that we are one more player and told us that we are among the beset goalkeepers who play with our feet, which is something very important for his game system.

“He (Arsenal goalkeeper Leno) has more professional matches than me, but in qualities I am equal to or better than him.”