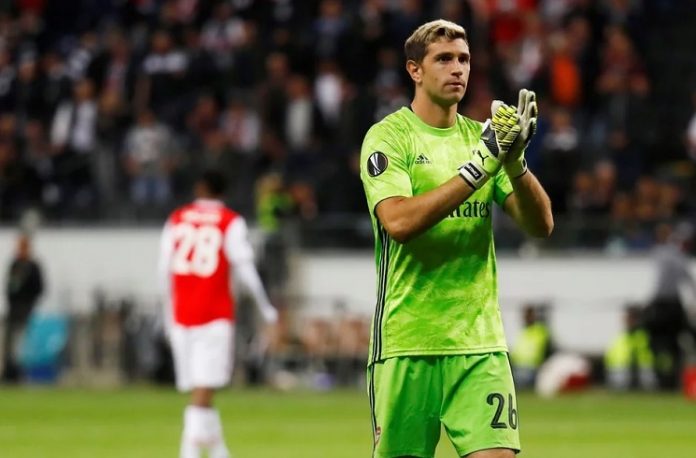 Emiliano Martinez of Arsenal and Matias Vargas are one of a few players who are expected to get a chance with the Argentina national team.

As reported, Lionel Scaloni’s team will play against both Germany and Ecuador in October. It’s already been confirmed that no players from either Boca Juniors or River Plate will take part in the games due to their Copa Libertadores clash.

This opens a number of spots for players which might normally not get a chance. Per a report by TyC Sports, Agustin Marchesin of FC Porto is likely the only one who was part of the September squad which will be part of the October team. With no Franco Armani and Esteban Andrada due to the aforementioned Superclasico, Emiliano Martinez of Arsenal is rumored to get called.

Emiliano Martinez recently gave an interview where he mentioned that he wanted to be part of the Argentina team for the 2020 Copa America. He might get his chance to debut with the team in October. The other goalkeeping spot could go to Udinese man Juan Musso, who was the third goalkeeper at the 2019 Copa America.

Nicolas Gonzalez of Stuttgart, who was part of the Argentina U23 team is rumored to make the senior squad this time around while Lisandro Martinez would remain with the youth team.

Walter Kannemann, who missed the Copa America due to injury is likely to make the team.

Sergio Aguero is likely to miss the October games as well but is reported to make the November matches.