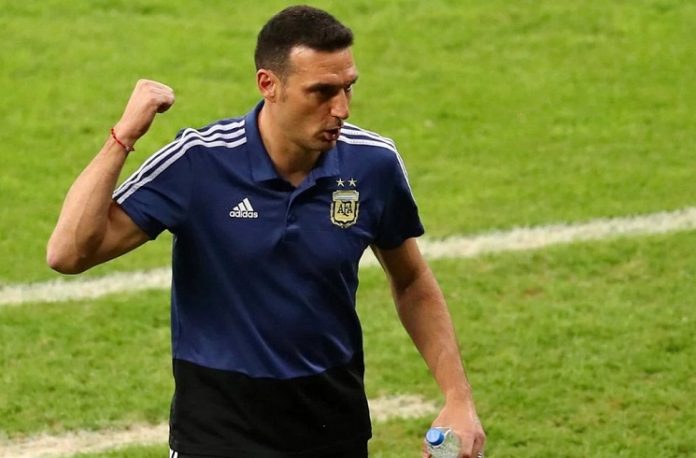 Argentina coach Lionel Scaloni and Nicolas Otamendi commented on the team’s win vs. Brazil on Friday.

Lionel Scaloni made some tweaks to his team and gave commented on the game. Here’s what he had to say:

“I liked the second half. We did changes because of the challenges coming up. The team responded, more than just who played. They gave their lives for the shirt and really played well. In the first half, we did things which could have been improved but it’s Brazil. The result is important, yes, we won against Brazil. But the most important thing is that a lot of them played, we have a clasico coming up and they had to show that they could play.”

“We spoke and said that he would play one and Lautaro the other.”

Nicolas Otamendi had this to say:

“We created many scoring chances and could have scored more. The qualifiers are very complicated and these matches are very important to help us prepare. This helped a lot for the kids to gain experience. We knew we had to give our all. Defensively, we had to stay organized to be able to take advantage of our potential offensively.”