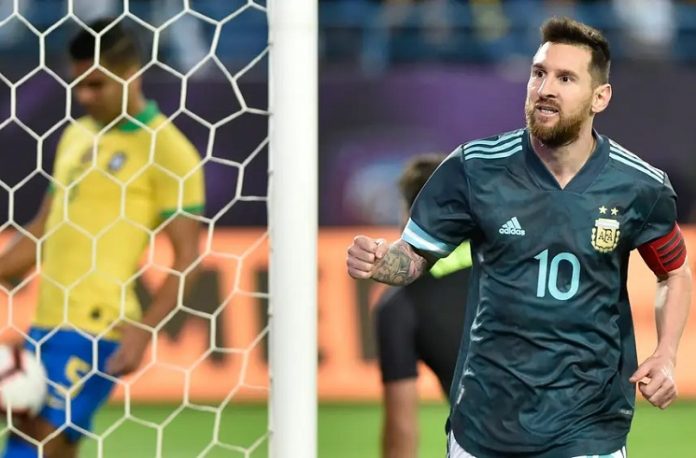 Argentina captain Lionel Messi spoke about his team’s 1-0 win vs. Brazil on Friday.

Lionel Messi scored the only goal of the match and commented on the team. Talking about the win, here’s what he had to say:

“At first, we tried to play. We weren’t very sharp and they generated some chances. But in the second half, we improved a lot. I believe that this system, defensively, gives us a lot. It’s good to be able to play many ways.

“When you win, you’re able to work calmly. It’s very positive for what is coming up. I finished the game well, we all ran a lot. It’s what we had to do. If the coach wants me to, I’ll play Monday. It’s always good to win against Brazil and against anyone in this process.”

Argentina to play friendly match vs. Ecuador this month