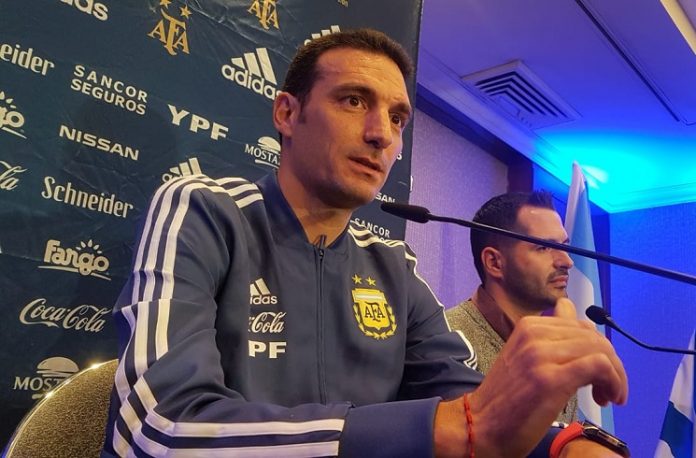 Argentina coach Lionel Scaloni has confirmed that both Lionel Messi and Sergio Aguero will play vs. Uruguay on Monday.

The team have made the flight from Saudi Arabia over to Israel for their friendly game vs. Uruguay on Monday. Lionel Scaloni has given a press conference where he spoke about the team, the players and more. Here’s what he had to say:

“We still haven’t confirmed the team, we will wait a bit more. We’ll wait a little more. I want to put out a fresh team, that’s fully fit and that’s why we will wait until tomorrow.

“Lionel Messi and Sergio Aguero will play tomorrow. I won’t confirm anything more, it’s barely been 48 hours since we played Brazil. I would like to see a few of the players which didn’t play against Brazil. Since it’s the last friendly game before the World Cup qualifiers, I believe we could give the chance to a few more players.”

“The balance is positive. We tried to bring in new players to the Argentina national team. I think we have formed a good base with players who have worn the shirt. we hope to be able to have a good match tomorrow.

“When the opponents are stronger, it’s better. The important thing is to play against big national teams. We are satisfied with the teams we’ve gotten in these friendly games.”

“Uruguay is one of the best national teams in the world. They have a mix of youth and experienced players. I’m an admirer of Uruguayan football. I admire their coach and the path for us to continue is a bit like the one they started years ago. It’s the way to try and get something beautiful out of the Argentina national team.”