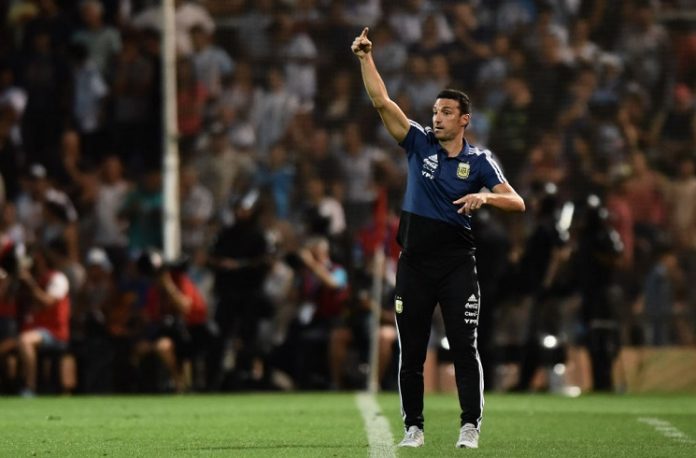 Argentina coach Lionel Scaloni gave a lengthy interview with Ole where he discussed a number of topics.

The first part of the interview has already been translated and you can read it by click here, where Scaloni discusses the past year and the upcoming year. In the other part of the interview, Scaloni was asked about his journey and how he became coach. Here’s what he had to say:

If he ever dreamed of being where he’s at now:

“If I remember correctly, when I started training the 14 year old players at Mallorca, I can’t remember if it was to my father or my mother but I told them: “How beautiful would it be to train the Argentina U20 team.” I would have liked it because I didn’t play with the U17 team but I did play in the U20 team and for me it was the best national team I saw. A spectacular category and it was an ideal age to make the jump.

“I said it back in 2015-2016 when I had just stopped playing. I ended up staying to coach the Argentina U20 team and then they gave me the chance for six months to continue as interim, which is something they never do. But for me, the Argentina U20 was an unattainable goal, something spectacular.

“Because for me, it’s a beautiful age group. It’s a privilege to coach those boys. The senior team is an objective I imagined a lot about, the highest goal and I started there.”

Scaloni was asked about how it was mentioned after the 2018 World Cup that he would become coach:

“When we travelled to L’Alcudia (for the U20 tournament), we got there and I was with Pablo (Aimar) and Martin (Tocalli). They called me from the AFA and asked if I would accept to manage two games. Initially because after two months, it would give them time to talk with… Pablo and I looked at each other and he told me: “I don’t know what to tell you. If you go, I’m going with you.”

“And that’s how it started, it was impossible. To think that I knew about it would be crazy. When I had the chance to stay with the Argentina U20 team where I still didn’t know if I would continue or not, if Sampaoli was leaving, if in the end they would give it to me, for me, coaching the Argentina U20 team was a reward. A spectacular age group.”

If after the two games, if he could have imagined everything that would have happened:

“When we finished the game vs. Mexico in Mendoza, we said our goodbyes to the guys. We didn’t think further than that, everything was said and done. Coaching the Argentina U20 team was a reward. Coaching the Argentina national team for six months was another reward. It was done there and the work we had done was for whoever was going to come next. For us, it was done, until that moment, we knew nothing. It was later given and welcomed.