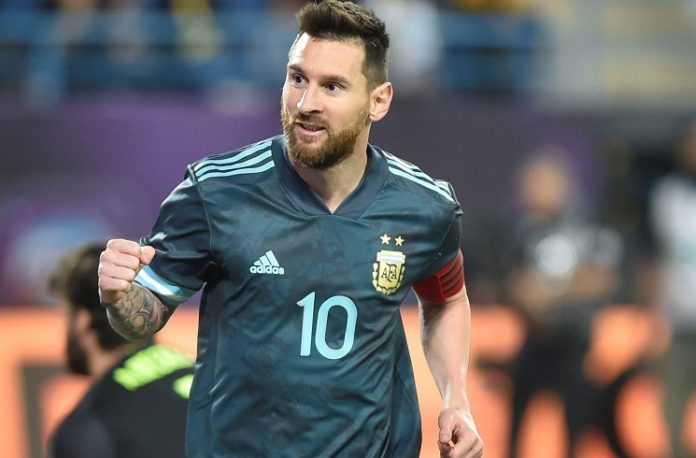 Argentina national team coach Lionel Scaloni gave an interview with Ole where he discussed the team having Lionel Messi and Sergio Aguero.

The first, second and third parts of the interview have already been translated and you can read them by clicking the links at the end of the article. In this part, Scaloni speaks about how it’s a team game and an individual cannot win you a match. Here’s what he had to say:

Despite having Lionel Messi and Sergio Aguero, the team isn’t among the top five in the world. But at the same time, it’s a learning process:

“I understand. But beyond the names, the two you just mentioned, more than any other time, now more than ever, football is a team sport. It always has been, it always will be, my entire life, I have always had that concept since I started playing but now more than ever.

“That, just to start off. For me France, who are world champions, everyone knows what they have to do. It’s why they won the World Cup. We have to achieve that and I think we are on the right track. Now if we were to start talking about individuals, that’s where we would be mistaken. That is the problem.

Scaloni was asked about how he has always said it’s about the team:

“When I played, I was always a team player who believe a lot in the group. I still believe that a good group will beat the best individuals. I think it and that’s why I always reaffirm it. And even having the best, the one who will help us win a match is the team. I continue to think that we have to put together a group. I think our biggest problem is thinking that any player of our can individually win a match.

“Thank God they understood that. From the first to the last player I have and they are aware of it. The players who play at that level know that today in football, it’s decided by details. A player could be substituted in with five minutes left and decide a match and 30 minutes before he was on the bench with no clue what was going to happen. And if that player is on the bench, he knows he can be important, that he can support the group. It’s what we are trying to transmit to the players. For us, they’re all important.”

When asked about how in the past if Sergio Aguero didn’t play for Argentina, it would have been a catastrophe:

“We are sincere, we call the players and explain to them. We don’t explain the way, we tell them the idea we have in mind and from there the player can react whichever way they want. In this case, the reaction was all positive on the part of both players (Lionel Messi and Sergio Aguero, when both were absent from the team). The players senses it, feels it and needs to know that he is being told the truth. There’s no doubt. When told the truth, it will hurt the second you say it but in one hour, it will hurt less and after that less.”