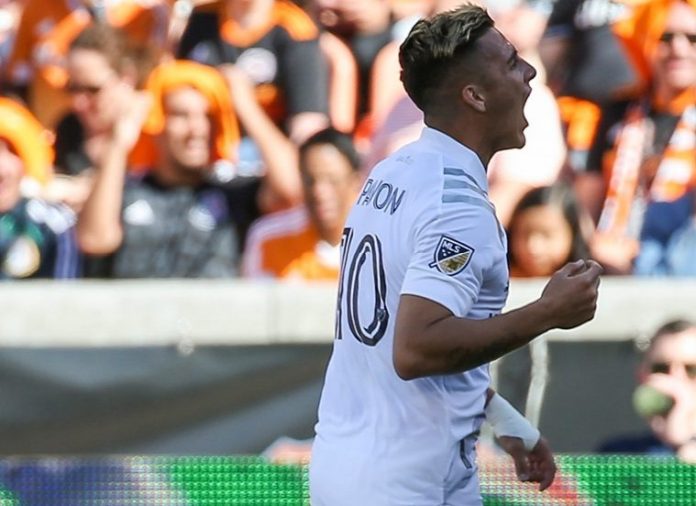 Cristian Pavon scored an early goal of the season candidate for the LA Galaxy in their 1-1 draw vs. Houston Dynamo.

Not to be outdone by fellow Argentine Maxi Urruti who scored a great goal himself, Pavon would strike very early in the match to give LA the 1-0 lead. The former Boca Juniors man who cut inside and would strike from the edge of the penalty area as his shot would hit the top corner of the net.

As we reported earlier last week, the LA Galaxy are rumored to make Pavon’s loan move to the club as a permanent one.