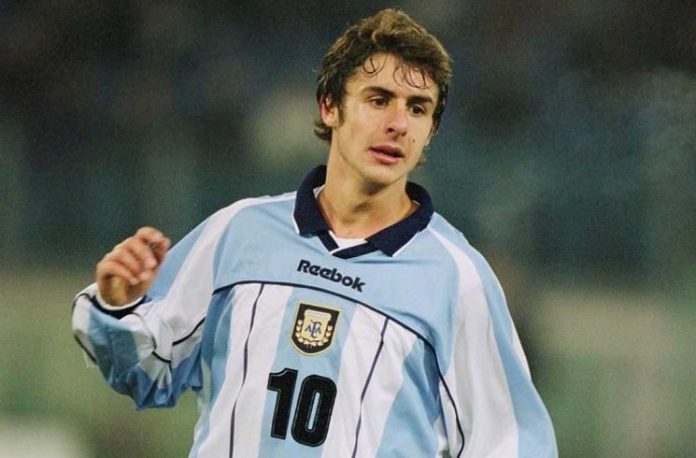 Pablo Aimar was one of the best midfielders of his generation and at one point, he ran the midfield for Argentina.

Aimar won the league three times with River Plate prior to joining Valencia. With the European club, he won two league titles, a UEFA Cup and a UEFA Super Cup. While with Valencia, he dominated La Liga and was one of the best midfielders in the league.

With the Argentina national team, he played just over 50 matches scoring eight goals. With Marcelo Bielsa at the helm, Aimar was given the keys to the Argentina midfield. One year in particular, 2003, saw Argentina play a friendly match vs. the Netherlands a World Cup qualifier vs. Chile.

The first resulted in a 1-0 win for the Netherlands. But despite being on the losing end, Aimar was one of the standout players of the match. Here was the starting eleven on February 12, 2003 for that game:

Argentina played a World Cup qualifier later that year on September 6, 2003 vs. Chile. That match ended in a 2-2 draw with Pablo Aimar running the show and scoring. Here was the starting eleven: