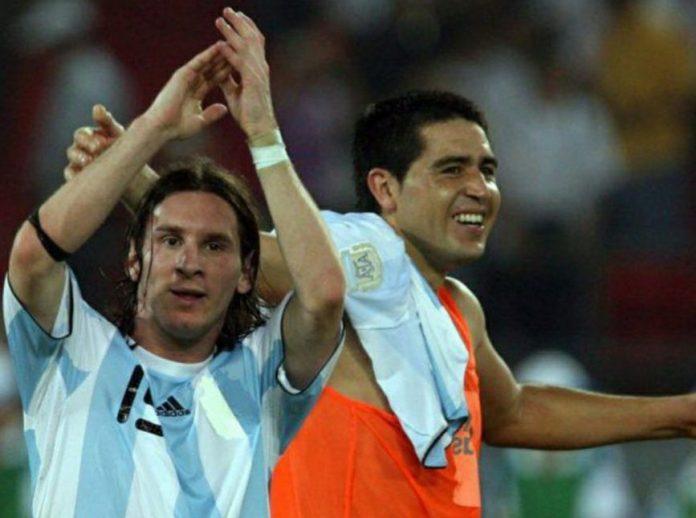 World Cup winner with Argentina in 1986 and coach of the Argentina team which won gold at the 2008 Summer Olympic games, Sergio Batista gave an interview where he spoke about the Olympics and the 1990 World Cup.

Sergio Batista coached Argentina to the team’s second Olympic gold medal in a row but revealed that he had a meeting with Lionel Messi and Juan Roman Riquelme prior to the tournament. Speaking in an interview with TNT Sports, here’s what the Olympic gold medalist had to say:

“I had heard the rumor that Messi and Riquelme didn’t get along. All three of us got together, we chatted and we had an excellent conversation. There, Roman was very important because little by little, he was getting closer to Lionel.

“I very much enjoyed the Olympic games and that group, they wanted to win the gold medal. Nothing else existed for them. I was surprised of the humility and the respect that they had with me.”

Regarding the 1990 World Cup, Batista mentioned that coach Carlos Bilardo held a meeting after the team’s opening loss vs. Cameroon:

“Carlos got us all together and blamed the loss on every world champion who remained from the 1986 World Cup. From there, Diego got really heated and said he wanted to go. With Oscar Ruggeri we were able to stop him and we spoke to Carlos who explained to us that he couldn’t put the responsibility (of the defeat) on the new guys.

“From those of us who played in 1986, most of us weren’t well for 1990 and the group probably wasn’t that strong too. There wasn’t that much togetherness between the young guys and the older players. Carlos (Bilardo’s) idea wasn’t fully captured and it was because of that we didn’t play well.”