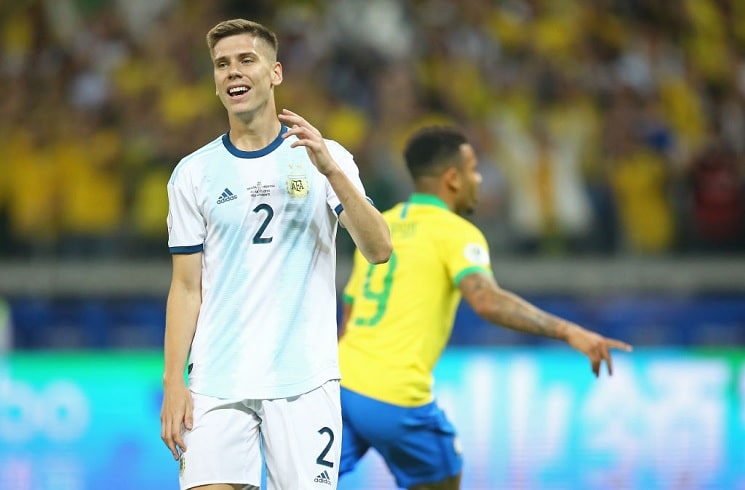 Argentina coach Lionel Scaloni spoke about the team’s options at right back.

Lionel Scaloni has already tried a few players as right back for Argentina. At last year’s Copa America, Juan Foyth found himself playing a few matches in that position. Speaking in an interview with Fox Sports, here’s what Scaloni had to say:

“We have three players in that position. One of them is Foyth. We have Renzo Saravia, who for the first six months in Portugal, it was complicated for him and he didn’t play. Now, we hope he plays with Inter of Porto Alegre. The other is (Gonzalo) Montiel, that we couldn’t enjoy. But we did like him in the two or three matches where we had him. He’s an interesting player.”

He also mention how they need one for the upcoming years:

“What would have been good was to pick one player and see “he’s the right back”. I think that (Pablo) Zabaleta was the last one who played as a starter for a while. Gabriel Mercado in a few matches… He could be good in attack or in defending but we need a reliable player.

“France became world champions with Pavard as a right back and he was a center back. He’s a reliable player. What we are looking for and not just in that position are for players to play and to say “this is our central midfielder for the next five years or 20 matches.”