Mundo Albiceleste
Home Match Highlights On this day in 2014, Lionel Messi and Argentina light up the...
Facebook
Twitter
WhatsApp
Telegram 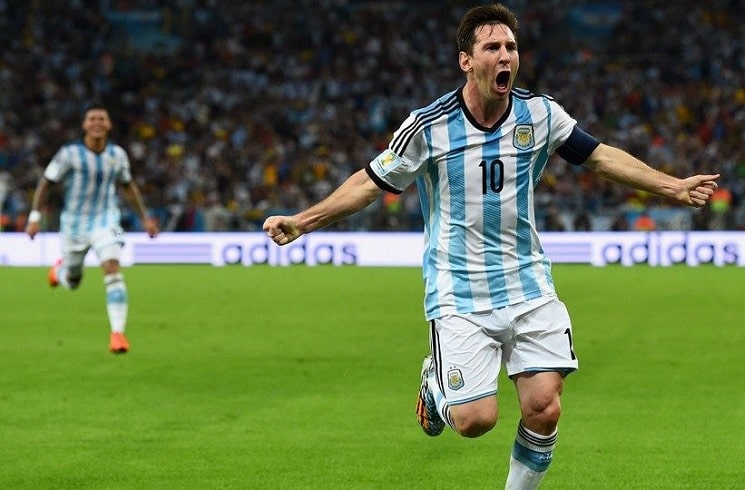 On this day in 2014, Lionel Messi scored for Argentina in their 2-1 win vs. Bosnia-Herzegovina at the World Cup.

Argentina were looking to put behind them their humiliating exit four years earlier when they lost 4-0 to Germany in the quarter finals. Lionel Messi didn’t manage a single goal on African soil and the team was poorly managed in comparison to Alejandro Sabella’s squad in Brazil.

In Argentina’s opening group game, it was against Bosnia-Heezegovina and the two time South American champions had a star studded attack. Lionel Messi, Sergio Aguero, Gonzalo Higuain and Angel Di Maria formed the fantastic four with the likes of Ezequiel Lavezzi, Maxi Rodriguez and Rodrigo Palacio as choices off the bench.

Alejandro Sabella went with a five man back line to start the match, one which surprised many Argentina fans. Hugo Campagnaro started the match to complete the back five. Here was the starting eleven:

It would take just three minutes for Alejandro Sabella’s team to take the lead. Sergio Aguero would get fouled and Lionel Messi would take the free kick. The ball would land onto Kolasinac and it would go into the net as an own goal. Argentina would go into half time with a 1-0 lead.

Gonzalo Higuain would come on for Maxi Rodriguez and Fernando Gago for Hugo Campagnaro at half time.

Lionel Messi would finally score his first World Cup goal in nearly 8 years to the day. Messi would play a one-two with Gonzalo Higuain and the ball would get back to the Argentina captain. Two Bosnia-Herzegovina players would tumble on top of each other, Messi’s left footed shot would hit the post and go in. His bad luck from four years earlier had been erased.

The Maracana exploded. Lionel Messi had arrived. Argentina had arrived. The fans became more into the match, Angel Di Maria was doing his flicks and tricks and Argentina played with more confidence.

Lucas Biglia would come on for Sergio Aguero.

Romero would let one goal near the end of the match but Argentina were able to maintain their advantage and get the 2-1 win.