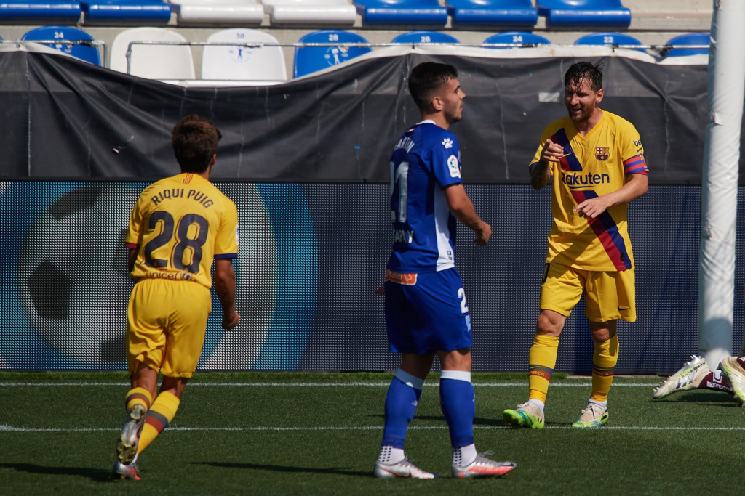 Messi assisted the first goal of the match, a little dink pass into Ansu Fati who would give Barcelona the 1-0 lead. The Barcelona captain would score the second, a lovely little dribble inside the penalty area to double their lead.

The Argentina man would also scored the last goal of the match, a cross sent in found Messi who would score from inside the penalty area. He is now the leading goal scorer and could win the Pichichi award as he is on 25 goals with Madrid’s Karim Benzema on 21 goals with the Frenchman having just one game left to play.